M&A deals are the flavour of the season as the UK economy has started recovering. The latest deal being the consolidation in the  gaming industry, with Entain making an offer for select assets of William Hill. At the same time, in the infrastructure investment space, KKR has agreed to a takeover deal for John Laing. A quick look into the deals.

Entain Plc (LON: ENT) is mulling over making a bid for certain assets of William Hill (LON: WMH) that was acquired by Caesars Entertainment Inc some time back. Earlier this month, Caesars had put the William Hill assets up for sale, which included prominent UK high-street shops. Entain is the owner of Ladbrokes betting shops and currently owns a 40 per cent share of the British gambling market. With this move, the UK gambling market would be able to witness further consolidation.

A FTSE 100-listed firm, Entain is one of the largest international sports betting and gaming company operating across retail and online sectors. 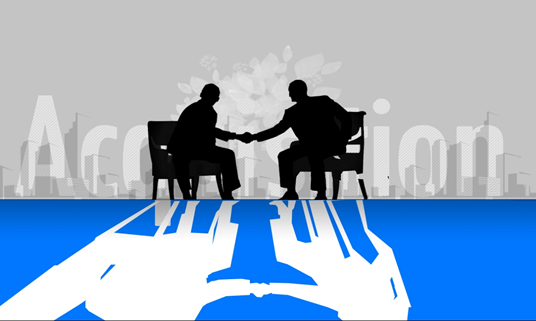 The private equity firm KKR & Co Inc (NYSE: KKR) has agreed a £2-billion takeover deal for John Laing Group Plc (LON: JLG), the leading infrastructure investor. The deal has valued the firm at 403 pence per share. According to sources, the company will continue to be operated from Britain by the existing management itself.

The company's board reached at an agreement on the terms of a recommended cash acquisition by the newly formulated firm Aqueduct Bidco Ltd. Aqueduct is owned by the firms advised by KKR.

With this move, John Laing Group has become the latest UK-based firm to be taken private as the LSE-listed companies provide a discount to global peers. Tara Davies, Co-Head- European Infrastructure, KKR, said that now John Laing would be able to take a longer-term view of its growth as an owner and operator of assets.

Based out of London, John Laing Group owns and develops infrastructure assets, including transportation and digital & social infrastructure across the US, Europe, and Australia. It develops and operates infrastructure projects through private financing models as well as using public-private partnership arrangements.

Buoyed with the announcement, shares in John Laing opened 6.0 per cent higher to GBX 403.8 on the morning of 20 May at the London Stock Exchange. The KKR shares had closed 0.35 per cent lower at USD 54.80 on 19 May at the New York Stock Exchange.