Buy these 3 airline stocks to benefit from travel restrictions ease

The UK government has decided to ease the Covid-19 related travel restrictions. According to the latest updates, 47 countries will be removed from the red list, including South Africa, Brazil, India, and other countries.

The change in rule will make it easier for more passengers to travel abroad. Also, fully vaccinated travellers returning from these countries no longer will be required to spend ten days in hotel quarantine. Only seven countries remain on the red list following the latest travel update, and new changes will be applicable from 11 October 2021.

Travel restrictions in the country have impacted domestic tourism, having lost two full summers. Also, frequent changes in rules and expensive Covid-19 tests on arrivals have affected the airline industry’s full recovery from the pandemic. 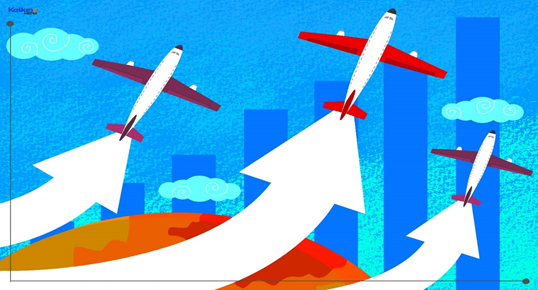 Let us look at 3 FTSE listed travel stocks that are expected to be positively impacted following the change in travel rules:

The company, along with its subsidiaries, operates various airlines companies which travel across Europe and other destinations. It has a fleet of over 500 aircraft and runs its passenger and cargo services through British Airways, Iberia, and other airlines.

The company has witnessed some demand improvement following ease in travel restrictions by many countries. In September 2021, the US government has decided to open up the transatlantic route for fully vaccinated passengers, which was a positive announcement for the airline as it operates on the same route, which is a major revenue contributor to the company. As a result, the company’s stock has seen positive price movement and has been up by over 14% since 1 September 2021.

The company carries out its major operations in European countries. It has a fleet of over 100 aircraft and covers key destinations across 45 countries.

The passenger airlines company carried 2,999,000 travellers in September 2021, a rise of 91.3% compared to the same month last year. The company continues to expand its operations gradually by opening new routes for its passengers following ease in restrictions. As a result, the company’s revenue has also improved significantly during the three months ended 30 June 2021; it reported revenue of €199 million, a rise of 119.2% compared to the same period last year.

The company is a low-cost airline. It has a fleet of over 300 aircraft, which covers major destinations across Europe. It also has tour operation and financing services business.

The company reported total revenue of £212.9 million and carried close to 2,985000 passengers during the third quarter ended 30 June 2021. The airline company continue to recover from the Covid-19 pandemic. To support its recovery from the pandemic, the company successfully raised £1.2 billion through the right issue in September 2021. The net proceeds from the right issue will be used not only for the long-term strategic growth opportunities but will boost the company’s balance sheet as well.