Newmark Security Plc is a United Kingdom based holding company which is a leading provider of electronic and physical security systems. The company provides its services through its subsidiaries, Grosvenor Technology Limited and Safetell Limited both of which are United Kingdom based and through Grosvenor Technology LLC which is based out of the United States of America. All the above subsidiary entities have a very well-established client base. The objective of Newmark Security Plc is to help clients address some of the major security issues concerning them in an atmosphere of ever-intensifying global security environment, as well as aiding them in reducing their carbon output and meet their sustainability objectives. The company’s business strategy is focused on delivering growth through the development of new products and services, often supporting country specific customer requirements.

The shares of the company are listed on the AIM segment of the London Stock Exchange where they trade with the ticker name NWT.

The company on 19 September 2019 came out with its preliminary results for the year ended 30 April 2019. 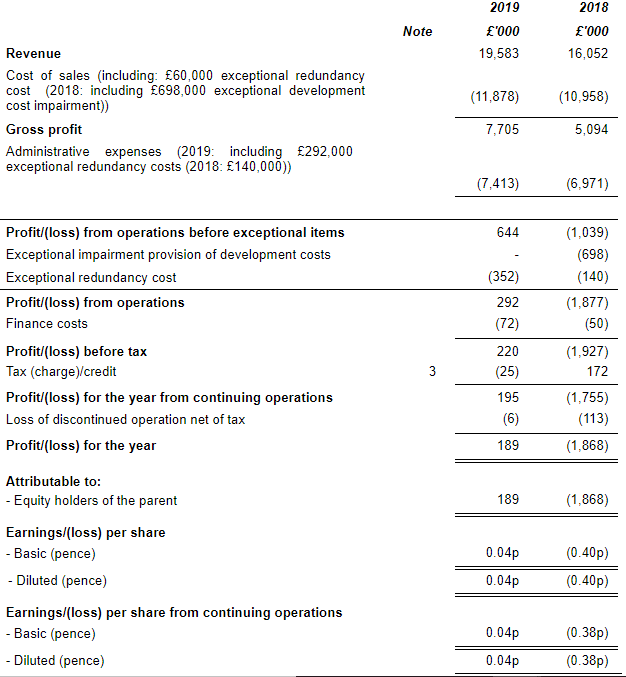 The year has been a turnaround period for the company, and the management is elated with the return of the company to profitability during this financial year after two years of turmoil when the company was in the red. The management hopes to continue to build on the momentum gained and post higher profits in future periods as well.

Strategic Equity Capital Plc is a public limited company incorporated and domiciled in the United Kingdom, registered in England and Wales under the Companies Act 2006 whose shares are publicly traded.

The Company is an investment company that carries on its business as an investment trust within the meaning of Sections 1158/1159 of the Corporation Tax Act 2010.

The shares of the company are listed on the London Stock Exchange where they trade with the ticker name SEC.

The company on 15 February 2019 came out with interim financial statement for the six-month period ended 31 December 2018. 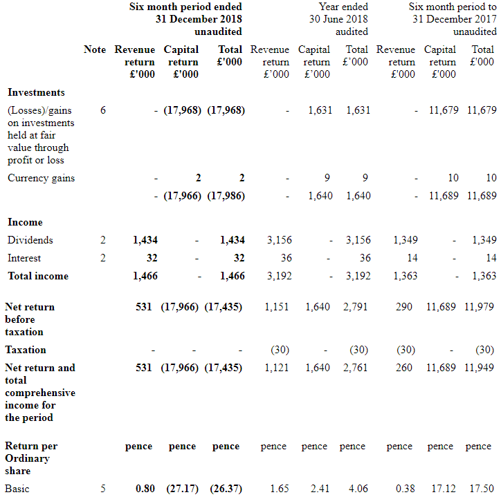 The approach of the company has always been is to follow a rigorous, consistent and a disciplined investment process.  The company is of the opinion that more and more of its investors now are concentrating on fundamental valuation of assets, which in the current volatile and uncertain times is the best protection available. The company expects that its portfolio will benefit from a positive re-rating in the times to come.

Biffa Plc is a United Kingdom domiciled company providing waste management solutions. The company provides services in collection of waste, conditioning, processing of waste and disposal of unusable waste and recovery of recyclables. The company is also engaged in the production and sale of electricity derived from waste disposal and the marketing of recovered recyclable items, like paper, ceramics, metals and plastic. The company’s Industrial & Commercial business vertical provides its services to customers in the corporate sector, industrial sector, commercial sector and in the public sector. The company through its two divisions provides these services to its clients. Its Resource Recovery & Treatment division focuses on the treatment, recycling and disposal of waste, including hazardous waste materials. Its Energy division includes the energy production operations from landfill gas and from anaerobic digestion processes.

The company on 5 June 2019 came out with its full year financial statements for the period ending on 29 March 2019. 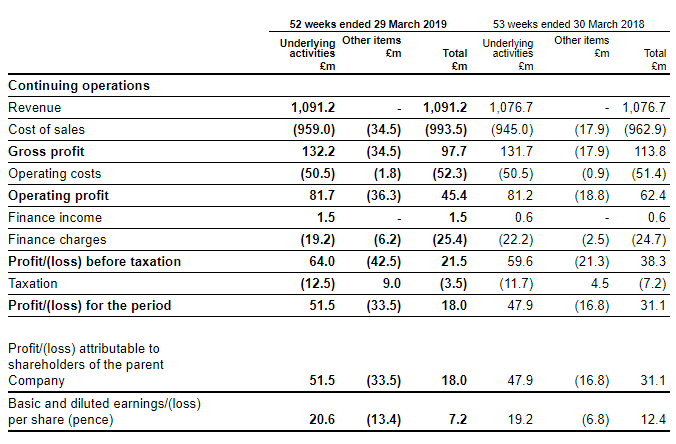 Looking out, the management believes that Biffa Plc is well positioned to adapt as the society and the economy evolves. At the company’s core, it is a service business and stands ready to provide the services needed to ensure that the country receives the much-needed adaptations or changes in how it manages its waste.