Global News: On 4th December 2019, the Wall Street opened in the green, after the United States and China moved ahead in the quest towards a trade deal, in spite of a heated rhetoric between the two powerhouses. Campbell Soup Company stock was down by 1.2 per cent after reporting lower than anticipated Sales figure. Alphabet was up by 0.8 per cent following reports that Sundar Pichai would take over as CEO replacing Larry Page. Peloton Interactive share price fell 10 per cent on Tuesday after broadcasting an ad that was claimed to be sexist by some viewers. Boeing stock was up by 0.5 per cent despite news reports suggesting that United Airlines will be buying 50 new jets from Airbus, which is company’s competitor.

Worst Performing Sectors*: Telecommunication Services (down 0.07%) and Utilities (down 0.12%).

European News: In economic news, the United Kingdom Services activity showed a decline in November 2019 after a brief period of stabilization in October 2019 with renewing fears of political and economic uncertainties that had been impacting the country’s economy for some time now. In other economic news, the British pound sterling traded strongly today to a seven-month high amidst hopes of Boris Johnson winning the 12 December 2019 general elections comfortably, the currency jumped to stand at $1.3039, a level not seen since May of 2019.

In corporate news, European low-cost airline Ryanair has announced the closure of its two airlines based one in Nuremberg and another in Stockholm Skavsta on account of fewer number of deliveries of  Boeing 737 MAX aircrafts by the Boeing company, the company was scheduled to receive twenty aircrafts this year whereas it received only ten. In other news, M&G one of Britain’s largest fund managers has stopped trading in one of its property funds siting Brexit as its reason, as it finds it increasingly difficult to sell illiquid property assets in order to meet redemption requests. 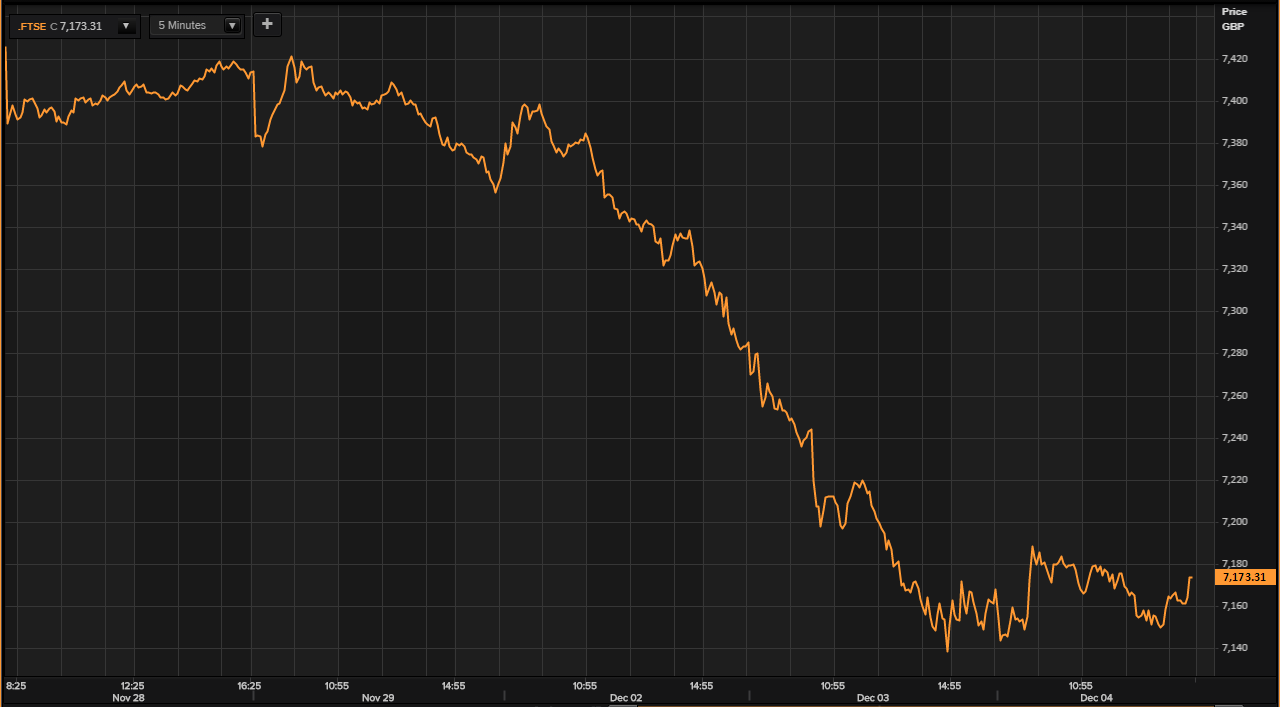