US Market News: The Wall Street traded on a mixed note as the covid-19 cases continue to rise. The weekly jobless claims in the US were reported at 742,000 for the week ended 14 November, which was above the expected 710,000 claims. Among the gaining stocks, Boeing rose by around 1.5% and gained the most on DOW 30. Exchange operator Nasdaq was up by close to 1.3% after the reports that it will buy Verafin for USD 2.75 billion. Among the decliners, Macy’s slumped by close to 7.7% after the company reported a quarterly loss of 19 US cents. BJs Wholesales declined by around 4.4%, although it reported an increase in the comparable store sales.  Nvidia slipped by nearly 1.1%, although the company posted earnings of USD 2.91 per share.

European News: The London and European markets traded in the as the covid-19 cases weighed down on the investor’s sentiments. The UK announced the post-Brexit boost for military spendings. Meanwhile, the government-backed lending related to covid-19 got increased to £65.48 billion. Among the gaining stocks, shares of Royal Mail surged by around 6.2% after it posted a 9.8% increase in revenue. Grainger rose by nearly 1.3% after it reported 16% growth in net rental income. 888 Holdings gained by close to 0.3% after it announced the roll-out of the control centre. HgCapital Trust was up by around 0.1% after it announced an investment in Septeo Group. Among the decliners, Investec declined by close to 6.0%, although the company reported a growth in funds under management. Syncona slipped by around 0.7% after the company reported a NAV total return of 9.6% in H1 FY21. 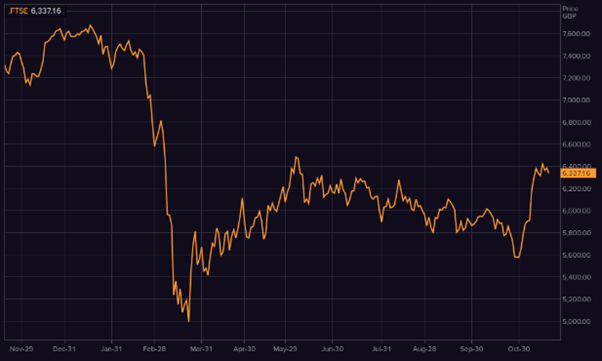