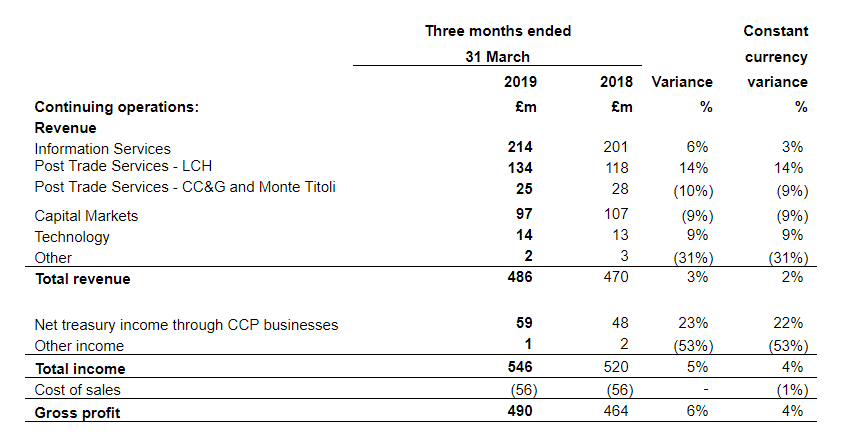 Refinitiv with an annual turnover of USD 6 billion is a leading provider of infrastructure and data associated with financial markets worldwide. As of now, the company is majorly owned by The Blackstone Group Inc., which has a 55 per cent stake in the company. The minority stakeholder is Thomson Reuters Corporation owning the remaining stake. The company’s network is spread over one hundred and ninety countries across the globe among more than forty thousand client companies.

London Stock Exchange Group plc is steadily progressing to acquire Refinitiv for approximately USD 27 billion. The move to acquire the financial data play is a smart move on the part of the London Stock Exchange Group plc, which currently has a market capitalisation of approximately £ 19 billion. At one stroke, the acquisition would transform the company from its current image of derivatives clearing and running stock exchanges. Then a new entity would be a diversified data and exchange epicentre worldwide with an estimated turnover of more than £ 6 billion. Media reports are speculating, that the new entity, would throw the biggest challenge to the financial data and news behemoth, Bloomberg L.P. As per media estimates, the privately held company, Bloomberg L.P., has a valuation of approximately USD 20 billion. Also, in house projections at London Stock Exchange Group plc points that within five years cost savings would shoot up to £ 350 million yearly.

Post completion of the transaction, almost 37 per cent stake in the new company would belong to the former owners of Refinitiv. However, Refinitiv shareholders would have no more than thirty per cent of the voting right.

On July 29, 2019, at the time of writing (before the market close, GMT 12:41 PM), London Stock Exchange Group plc shares were trading at GBX 6,538, up by 15.27 per cent against the previous day closing price. The stock has already breached its 52-week high at the time of writing and is cruising further. The outstanding market capitalisation was around GBP 19.84 billion.

Rationale Behind the Deal

Given the changing market conditions, the move by London Stock Exchange Group plc to acquire Refinitiv comes in tandem with its future growth plan. Given the fact that the current onus for customer demand is for up to date, financial data and company analytics passed through an easily accessible source. The management of the company’s move to incorporate a foremost financial market information provider within its purview is the right move. Refinitiv fits the bill ideally given its omnipresent reach providing diverse services ranging from analytics, data management, and unparalleled distribution network. It would enable London Stock Exchange Group plc to benefit in its entire range of product and services.

On the one hand, the acquisition would expand its data cum distribution capabilities. On the other, it would expand its worldwide presence and boost its customer count. The onus would go to London Stock Exchange Group plc's men at the helm. In sharp contrast to the company's business model a decade ago, the focus now is more on information services. It is clear from the simple fact that information services revenue now accounts for almost four-tenths of the company's turnover in FY 2018. The shift is more prominent when one looks at traditional businesses of the company viz. stock trading and initial public offerings. A decade ago, they accounted for almost half of the revenue pie while at the end of FY 2018 it just came in at one-fifth of the topline.

Finally, the transaction comes at a time when the long shadow of Brexit is affecting United Kingdom's viability in the eyes of global investors. In this troubled time, the new entity would be a United Kingdom-based financial giant.

Bottlenecks to be Breached for the Acquisition Deal

However, the road is not yet smooth for the creation of the USD 6 billion turnover giant. As of now, media speculation is ripe that by the end of this week, the deal would be finalised. However, before that, the transaction would be going through an extensive review by all parties concerned. Also, as per media reports, the finalisation of the acquisition deal would be followed by a thorough antitrust review of up to 18 months in Europe and the United States.