Oxford Nanopore Technologies, a DNA sequencing unicorn, is preparing for its debut on the London Stock Exchange (LSE) in the second half of 2021. Oxford Nanopore Technologies developed a disruptive electronics technology that can be used to rapidly sequence RNA/DNA to provide real-time insights for biological research applications. The company’s technology has been used for the rapid sequencing of the COVID-19 in over 85 countries.

According to IP Group, the owner of a 15 per cent stake in the UK-based Oxford Nanopore, the company will launch an IPO based on market conditions. Present investors in Oxford Nanopore Technologies include Amgen, China Construction Bank International, and the sovereign wealth fund GIC.

Recently, Oxford Nanopore reported a 119% year-on-year increase in its financial year 2020 revenues, driven by rising demand for its technology in COVID-19 testing and core tools. About £48.3 million was generated from the sale of the company’s COVID tests to governments. In May, Oxford Nanopore received a £28 million contract from the Department of Health and Social Care (DHSC) to supply COVID testing kits, training reagents, and medical support. 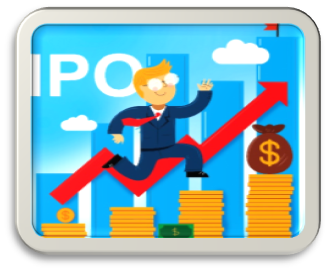 Oxford Nanopore reported several operational challenges brought by the COVID-19 pandemic. However, its business responded well with strong sales. It raised £161.3 million in 2020 compared to £200,000 in 2019. The funds raised were used for the development of its commercial team, scale-up biologics manufacturing capabilities, and support R&D. At the end of the year, the company was having 527 employees —186 in SG&A, 235 in R&D, and 106 in production. The company had cash and cash equivalents of £80.9 million at the year end.

After closing three funding rounds throughout 2020 that totalled over $300 million, Oxford Nanopore Technologies raised $271 million for sequencing tools amid IPO plans in May 2021.

Oxford Nanopore also raised £202 million from private placements in April 2021. In the same month, the Department of Health and Social Care in the UK terminated a £113-million contract for LamPore SARS-CoV-2 testing kits contract, after ascertaining that they no longer needed them. However, Oxford Nanopore denied any financial effect as a result of the contract termination. Its shareholders have already arranged for anti-takeover measures post completion of the IPO, so it can prevent foreign bidders.