Frontier IP Group Plc (FIPP) is a UK based company focused on intellectual property (IP) commercialisation. The company's primary focus is on creating a group of companies through establishing a relationship with universities as sources of IP and deal flow. The company identify IP and helps to create and grow companies built around IP and strategic support. The company also provides active, hands-on support, and building a network of different capital sources. The Company's portfolio consists of various sectors which include materials, information technology (IT), life sciences, energy and healthcare. The company earned revenue and equity by helping other businesses to grow. 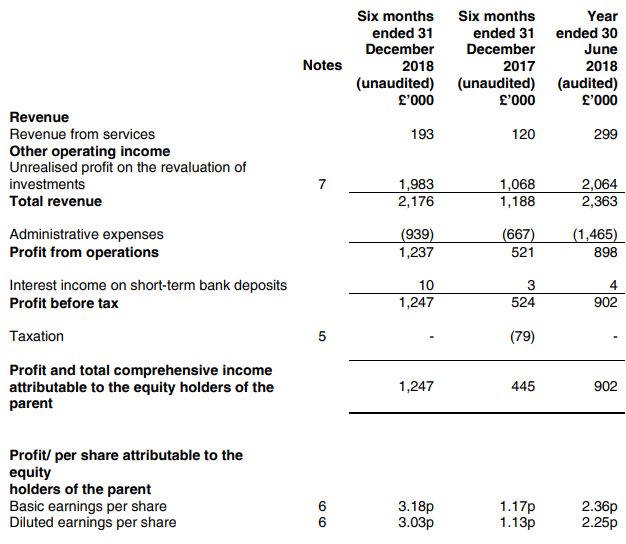 Daily Chart as at May-30-19, after the market closed (Source: Thomson Reuters)

On 28th May 2019, Fieldwork Robotics, Frontier IP’s portfolio company, had successfully completed initial field tests of robot-based harvesting system. The data from the trials will be used to improve the prototype system. The further trials will be held later this year, and after successfully completing the trials, the company will begin manufacturing in the year 2020.