Would these 10 upcoming global IPOs make their mark in the market?

There is always a thrill when a famous company goes public. Commonly known as IPO, Initial Public Offer refers to a process by which a company raises capital by offering its shares. Companies look forward to IPOs as they get easy access to a vast pool of capital. Moreover, getting listed on a stock exchange adds credibility to the company.

Read: What is an IPO? Why does a company go public?

That said, let us quickly glance through the forthcoming IPOs in 2021 of well-renowned companies. 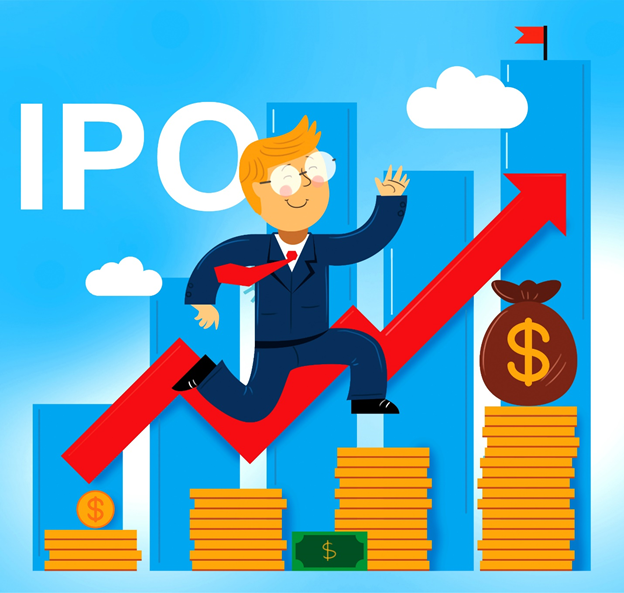 Headquartered in NYC, Authentic Brands Group is a globally acclaimed brand development, marketing as well as an entertainment company. It operates in various consumer product categories like clothing, accessories, jewellery, fragrances, footwear, etc., and has more than 30 brands under its umbrella with the likes of Forever 21, Aeropostale, Nine West, Juicy Couture, Nautica, and many more.

As a result of its recent acquisition of the Heritage Brands' portfolio, Authentic Brands now has the ownership rights to control Izod, Van Heusen, Arrow, and other brands, which would further cement its supremacy in the lifestyle and fashion segment.

The Company’s IPO is expected to be launched in August 2021, with a valuation likely to be as high as US$10 billion. Authentic Brands would be listed on New York Stock Exchange (NYSE) with AUTH as its ticker code.

Established in 2011, Couchbase is an award-winning computer software company. With its multi-model NoSQL cloud database, some of the largest enterprises across the world depend on Couchbase to power their core business applications.

Some of its heavyweight customers include General Electric, Cisco Systems, eBay, etc.

Recently, Couchbase had registered for an IPO, which is of an estimated value of US$3 billion. It is likely to go public in the second half of 2021 and plans to sell about seven million shares between US$20-US$23 per share. With a ticker code of BASE, the Company would trade on NASDAQ. It is noted that Goldman Sachs and Morgan Stanley would be the lead underwriters.

Must Read: Four recent IPOs that had a blockbuster debut

Established in 2009, Rivian is an automotive technology company that manufactures electric vehicles for a sustainable tomorrow.

As per reports, Rivian is hinting at an IPO, estimated to be of a valuation of about US$70 billion.

Further, it had planned to launch its electric pickup truck, RIT, in June 2021; however, Rivian had to push its launch to July. It is pointed out that its RIT would standout in the competition as it would be one of the first pickup trucks to be introduced in the market.

Inventor of the original wood-fired grill, Traeger is the world's famous manufacturer of fancy barbecue grills. Its wood pallets are made from genuine and natural, cooking-quality hardware. The Company will tap public investors for the first time this year, as its IPO is slated for August 2021. Traeger anticipates fetching the amount of US$3 billion.

It has recently completed the necessary paperwork with the US Securities and Exchange Commission and has filed to trade on NYSE under a ticker code of COOK.

California-based Robinhood is a financial services company, widely known for offering commission-free trading targeting young retail investors. On 1 July 2021, the Company officially filed the paperwork in the Securities and Exchange Commission (SEC) and its IPO is likely to come this month, at a valuation of about US$40 billion.

Being one of the most high-profile listings, its shares would be traded on NASDAQ with HOOD as its ticker code.

In its recent funding in February 2021, Robinhood raised funds worth US$5.6 billion from private investors.

Must Read: Ahead of an IPO, Robinhood agrees to pay US$65 million to settle SEC charges

Operating since 1982, The Fresh Market is a specialty food retailer known for carefully curated offerings and premier supermarkets. Presently, the Company operates 161 stores across the United States.

Recently, The Fresh Market had filed with SEC to raise an IPO of up to US$100 million, which is likely to happen later in this quarter.

The Company plans to utilise the proceeds from the IPO for general corporate purposes, including the repayment of certain debts.

It is noted that earlier in November 2010, the Company went public raising US$290 million.

Operating as a social networking service for neighbourhoods, Nextdoor was founded in 2008. It provides updates related to local services, businesses, sales, recommendations, etc., from the local communities. Spread in more than 11 countries, Nextdoor boasts over 275,000 neighbourhoods worldwide.

It is noted that since its inception, Nextdoor has raised about US$450 million through venture capital funding.

The Company is coming up with an IPO sometime this year, with an expected valuation between US$4 billion to US$5 billion.

Recommended Reading: Excited about investing in IPOs? Here are few dos and don’ts

Another finance-based company on the list is NerdWallet. Founded in 2009, the Company provides its customers the right credit card, mortgage rates as well as refinancing of student loans.

The Company has engaged the services of a group of investment banks, led by Morgan Stanley, to set up its IPO, with a valuation estimating to be worth US$5 billion.

However, the timing of the IPO is held confidential.

It is noted that NerdWallet has grown considerably as the Company had purchased firms like Know Your Money and Fundera, based in the UK and the US, respectively.

Founded in 2013, Databricks is a leading data analytics company. It is widely used by thousands of organisations worldwide, including Comcast, Shell, HSBC, CVS Health, etc.

Databricks is planning to hit the market with IPO this year with the projected valuation around of US$28 billion; however, it is yet to officially file documents for the same.

Read: Didi, ByteDance among top Chinese firms set for US IPO in 2021

Currently, the expected IPO valuation is more than US$10 billion, with which Discord is planning to go public. However, the planning remains in a nascent stage, with the public offering might happen during the later part of the year.