David Malpass, President of the World Bank Group, has said that the World Bank is working closely with over 100 countries to provide them with low-interest loans and funds so that they can purchase and distribute the Covid-19 vaccines.

During a teleconference, he said the World Bank officials are also working with countries to face one of the biggest hurdles, which is the indemnification issue. This refers to the rules that leave vaccine makers open for lawsuits or judgments.

Malpass said that the officials are assisting the health authorities in eligible countries to assess the logistics facilities for the vaccine distribution and adequate arrangements to keep them at the desired temperature, and to deal with the indemnification issue.

Malpass said that the World Bank is expected to bring the vaccine financing plans for the first country to its board for approval very soon. However, it did not identify the countries that were involved in the plan. The first agreement could be approved toward the late January or early February, revealed a WB spokesperson. 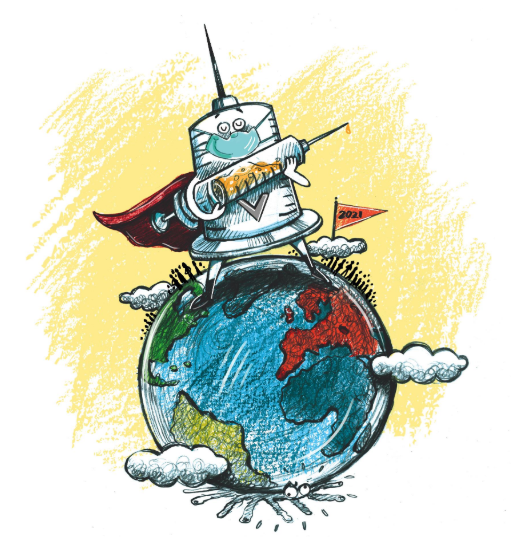 The Covid-19 pandemic posed a serious threat to various economies. Though some countries have started to recover from the crisis, many others continue to suffer from the prolonged health and economic risks. However, the World Bank Group is working hard towards addressing the global pandemic.

The group has been working round the clock since April last year in providing constant support on an unprecedented scale. Its primary focus has been to deal with the health emergency, and the secondary aim was to concentrate on the broader recovery goals and vaccination needs.

World Bank along with IFC and MIGA have worked closely to provide a quick response with regards to financial support. The Group has also collaborated with the IMF on the Debt Service Suspension Initiative in order to help the underdeveloped countries to facilitate deep debt relief.

The executive board of the World Bank had granted $12 billion in October in new funding for developing countries in order to assist them with purchase and distribution of the vaccines, tests and treatments for an estimated one billion people over two years.

The World Bank has warned that the current scenario could further deteriorate if there is a rise in the Covid-19 infection rates and if the countries delay in rolling out the vaccines.

Though the World Bank estimates an expansion of 4 per cent in the world economy in 2021 with the vaccine rollouts. But there is a downfall in its outlook for the global economy which indicates that the present forecast is two-tenth below the previous projections.

The world economy contracted by 4.3 per cent last year. The coronavirus pandemic has also led to a risk of rising debt load, especially across the developing nations.