France, as part of its legal offensive against the Australia in the aftermath of AUKUS deal, is rumoured to push for the postponement of the proposed trade deal between European Union (EU) and Australia.

The move come in retaliation after Australia cancelled the contract for 12 attack-class French submarines, which Paris alleges was unilateral move by Canberra.

Earlier, on Monday, Australia’s Trade Minister, Dan Tehan, had said that he would seek for a meeting with France to alleviate the ongoing tensions between the two nations over Australia’s decision to scrap the submarine deal valued around EUR56 billion. 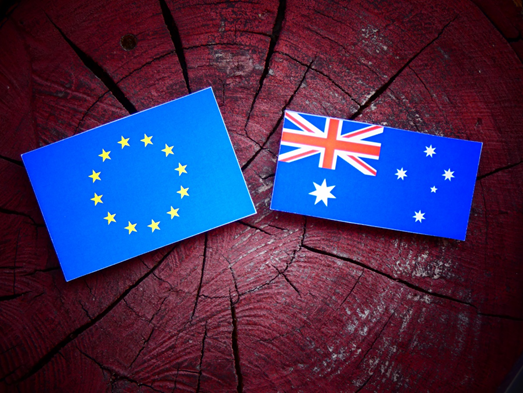 The Australian Trade Minister seemed very keen to meet France during his Paris visit in October.

Tehan was confident over Australia’s decision that it would not hamper the EU-Australia trade and called it as “business as usual”. However, as per reports, Australia’s actions were likely impact the trade negotiations and are not likely to settle any soon.

After cancelling its order of a fleet of conventional submarines from France last week, Australia announced to build at least eight nuclear-powered submarines with British and US technology under the new AUKUS security partnership.

On Monday, both Britain and Australia insisted that the diplomatic crisis will not cloud the EU-Australia trade relations. But following Australia’s decision, France furiously recalled its ambassadors from both Canberra and Washington.

Speaking at the UN General Assembly in New York, on Monday, France’s Foreign Minister – Jean-Yves Le Drian said that he would discuss the French vision over the matter for more strategically independent Europe.

Le Drian said that its not only a France-Australian affair but a rupture of trust in alliances that calls for a serious reflection about the concept of alliances.

The EU trade talks are set to continue as the French Ambassador to Australia Jean-Pierre Thebault had previously denied media reports that said France was lobbying EU to cancel trade deal with Australia that has been under negotiation since 2018.

Thebault said that negotiations do continue with a strong interest for Australia for a free trade agreement with the EU. Such deal has the capacity deliver high benefits for Australia, he said.