Why is Google spending A$1 billion in Australia?

Why is Google spending A$1 billion in Australia?

Australians have turned up to Google for safety and other information during the Bushfires and the COVID-19 pandemic. Google has helped Aussies continue work and learn from home and keep businesses running through critical digital services and SEO advertising support. Australian researchers also keep exploring new technological advancements with backing from Google.org. Google, therefore, seeks to help Australia shape its futuristic innovations and bring technology benefits to Australians.

It has thus announced its most significant investment in Australia- a five-year, AU$1 billion commitment to launch the Digital Future Initiative. 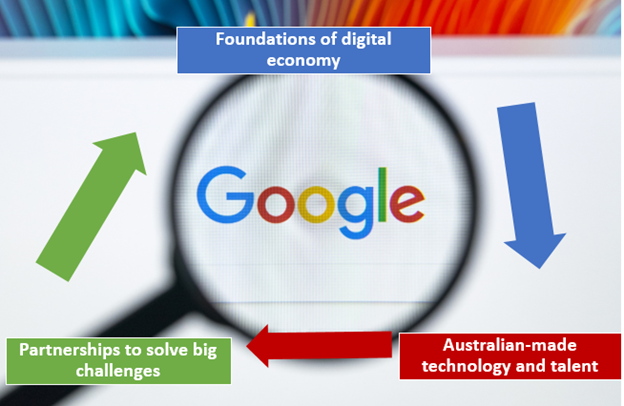 What is Google’s investment focus in Australia?

Google is targeting the billion-dollar funding towards-

Google believes a solid digital future is where one and all have access to technology and skills to use it.  Australia‘s long tradition of innovation, as claimed by Google, can grow and thrive with the internet economy push.