This year has not only been strange due to the coronavirus pandemic but also because of most shark attack-related deaths in the modern age.

So far this year, eight deaths have been caused by these sea creatures, the last one reported on 22 November. A 59 year-old-man lost his life while surfing at Cable Beach in Western Australia.

By the time ambulance services arrived, it had unfortunately been too late.

The man’s death raised eyebrows amongst scientists and beachgoers, as Australia had not witnessed as many shark attack deaths since 1929 when there were nine accidents. In recent times, Australia reported one shark-linked death on average, annually.

The above-mentioned fact poses the following question – why are sharks suddenly killing so many Australians? However, scientists are saying that increased numbers may not be as diverse as one may think. 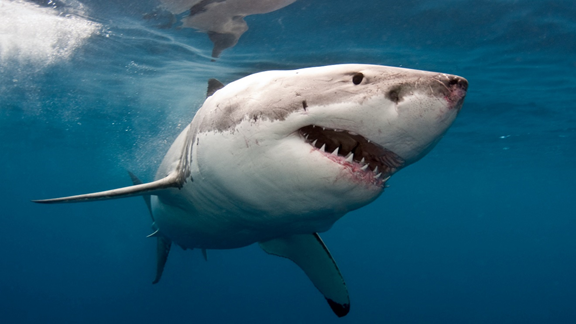 Shark Attacks on the rise in Australia in 2020 (Image Source: Shutterstock)

Is 2020 genuinely that abnormal?

According to the Australian Shark Attack File, there have been 21 shark-connected events in 2020. Yet, statistics say that in the last ten years, 20 similar attacks materialised every year on an average.

Dr Meagher compared 2020 to 2015, when there was an apparent change in the curve, reporting 32 reported outbreaks. However, two people lost their lives that year, despite the spike.

Given the data, Dr Meagher concluded there were no anomalies this year, as overall numbers indicate a relatively normal situation that Australia goes through annually. According to her analysis, Dr Meagher thinks that eight fatalities were more due to bad luck than actual changes in the shark behaviour.

On the other hand, a Professor of Marine Biology at Macquarie University Sydney, Culum Brown expressed his concerns about attacks in 2020, warning that the year was still not over, which might bring more fatalities in the following weeks.

What could be other reasons for the spurt in attack?

Mr Brown added that climate change could be a significant reason for the spike in shark activity. As the ocean gets gradually warmer every year, sharks are forced to move to colder waters.

Some experts have concluded that certain hotspots like NSW experience amplified shark movement due to rainfalls. Heavy rain causes flocks of fish to move closer to the shore, resulting in the sharks’ presence in shallow water.

Also, more people could be going to the beach than in previous years. Australians have not been stopped from swimming during the pandemic, but rather encouraged to spend more time at the beach.

However, most scientists agree that La Niña, a weather condition that causes significant alterations in the ocean temperature, led the sharks closer to the beach. According to some scientists, bull sharks are most affected by this pattern, primarily due to more regular rainfalls and seasonal changes.

Is the government doing something to prevent the attacks?

Due to more deaths being conveyed, the Australian government put more funds towards attack prevention. Australians can now detect sharks by the usage of drones, putting up more shark nets, and by setting traps for apex predators.

Some drastic measures included targeting the killer sharks and exterminating them, which is frowned upon by many, even the survivors of shark attacks.

However, shark fatalities are still extremely rare and rather unlikely. Experts say there is a higher chance of dying in a train accident than being killed by a shark.

Given recent findings, Australians should still be wary of swimming in deep waters alone, as surfers have experienced the most fatal cases, overall.