Benchmark US indices closed lower on Wednesday, June 16, after the Federal Reserve signalled that it might consider increasing the interest rates in 2023 if the inflationary pressures do not ease.

Markets have been retreating in recent days as a host of issues weighed on investors’ minds. Rising prices, declining retail sales, subdued labor market, and developments abroad weighed down the indexes. Adding to their worries is the government’s expected tax changes that may force some big companies to recalibrate their investment plans.

After a marathon two-day session, Fed officials on Wednesday indicated that the bank might tighten its monetary policy, including a rate hike and cut back on the covid-era bond purchase if the price pressure does not subside by the second half of 2023.

Although it has not set a timeline for course correction, its implementation may see the benchmark rate rising by 0.6%. The central bank’s latest projection was a deviation from its earlier position in March when it had hinted at keeping the rates steady through that year.

Nine of 10 critical segments of the S&P 500 entered a negative zone after the bank’s forecast. Consumer and financial stocks were among the few to record small gains in Wednesday’s session. Utility and basic material stocks were the bottom movers.

Meanwhile, new industry data showed that there had been a deficit of 5.5 million housing units in the US. The findings compare with earlier observations that found the recent spike in housing prices were due to a shortfall in available homes for sale.

In the corporate world, General Motors Co (GM) announced on Wednesday to boost spending on electric and autonomous vehicles by 75% to US$35 billion from its March 2020 estimates. The stock was up 1.69% after the announcement.

Alphabet Inc.'s (GOOG) self-driving unit, Waymo, also announced that it raised US$2.5 billion in a funding round. The stock was down 0.27% at the market close. The overall performance of the automobile stocks has been good on Wednesday. Shares of Tesla, Inc. (TSLA) rose 1.30%, while Ford Motor Co (F) advanced 0.30%. 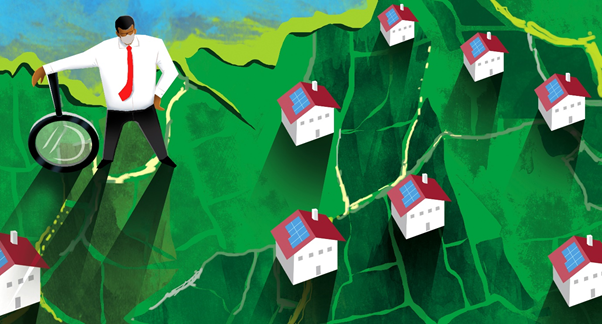 Also Read: What are high paying dividend stocks in US?