Former US President Donald Trump escaped conviction in a Senate vote on Saturday on charges of inciting insurrection on the Capitol Hill, leaving the door open for another run in the 2024 elections.

The sentencing motion was defeated in 57 guilty and 43 not guilty votes. It required at least 67 votes to hold the charges against him. Seven Republican members have also voted against him.

The verdict marked the end of weeks-long proceedings in the House in which Trump’s attorneys called the trial illegal, citing no provision in the law to carry on the trial after demitting office.

Expressing his dismay over Trump’s lapses, majority Leader Chuck Schumer said that he will be held guilty in people’s court, even though he has been acquitted in the senate.

Democrats and the Republican members who supported a guilty verdict could not conclusively prove that Trump had incited the attack on Capitol Hill. Trump’s supporters, on the other hand, underscored the point that he was simply using standard political rhetoric.

Trump thanked his supporters after the Senate verdict. 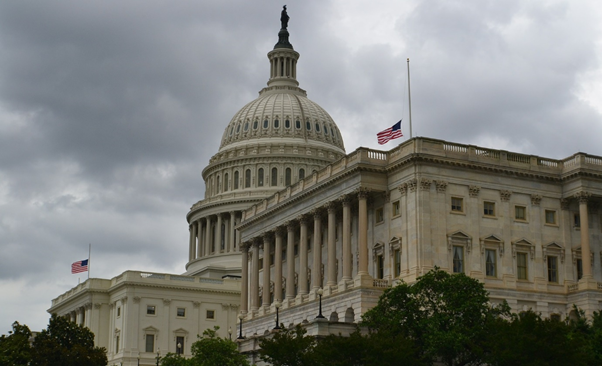 Five people, including a police officer, were killed in the attack, triggering a nationwide condemnation, cutting across the political divide. The House was in session to certify the election victory of Joe Biden when thousands of Donald Trump’s supports stormed the building.

Also Read: Trump a no-show as Biden swears in as US president

Trump had refused to leave office after his election defeat to Joe Biden. Two days before the counting, he had asked his supporters to reject the results and do whatever they can to stop Biden from taking office.

Bringing the second impeachment trial against him, the house members observed that Trump was guilty of inciting an insurrection. The Democratic members accused Trump of deliberately unleashing the riot in a last-ditch effort to overturn the election verdict. In the previous court presentations, and during the impeachment hearing, Trump’s lawyers had failed to produce any evidence, which could prove without reasonable doubt, that there has been election fraud.

Also Read: The Who’s Who of Joe Biden’s US Cabinet

Trump had faced another impeachment trial last year on charges of pressuring Ukraine to bring false cases against Biden and his son. But the motion was defeated in the Republican-majority Senate.

Reacting to the verdict, President Biden said on late Saturday that the charge remains undisputed, noting that seven Republican members have also voted to convict.