United States President-elect Joe Biden is set to take over the White House next week and his nominated list cabinet members are at the ready. With Democrats having a majority in the Senate, Biden is likely to get the people he has nominated. The members will also have to be approved by the US Congress to be final.

Hearings for most of the cabinet members picked by Biden are set to take place ahead of his swearing-in ceremony on January 20.

Since not all of us may be familiar with these US cabinet nominees, let’s take a closer look at who may be helping Biden run the show south of the Canadian border soon. 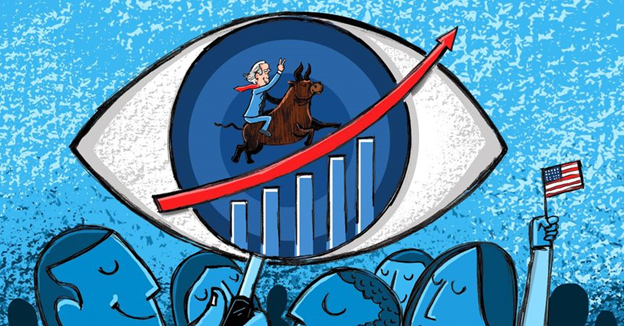 US Secretary of State

A long-time aide of Biden’s, Antony Blinken is known to be an advocate of global alliances. The 58-year-old diplomat was a Deputy Secretary of State under former President Barack Obama and has also served in the State Department during Bill Clinton’s administration.

Blinken first joined Biden’s team back in 2002, as the Senate Foreign Relations Committee’s Democratic Staff Director. Biden, at the time, was the senior member of the committee.

The 74-year-old economist is on her way to become the first woman Treasury Secretary in the US. Former Chair of the US Federal Reserve, Janet Yellen was also the first female in history to hold this position.

The US Senate Finance Committee is set to hold Yellen’s cabinet confirmation hearing for the position of US Treasury Secretary on January 19, a day before Biden’s is sworn into office.

A retired four-star Army general, Lloyd Austin has served as the first Black commander of the US Central Command (CENTCOM). If confirmed by the Senate, he will also be the first Black US Secretary of Defense.

US Secretary of Homeland Security

Latino-American lawyer Alejandro Mayorkas has previously served as the deputy secretary of the Department of Homeland Security under the President Obama’s administration. If confirmed, Mayorkas will become the first Latino to head this department.

Another long-time Biden aide, political veteran Ron Klain first began working with the US President-elect back in the late 1980s. He was also Biden’s chief of staff during his Vice-Presidential tenure.

Originally from Indiana, Klain will be coordinating with Biden on forming his new administration over the next few weeks.

John Forbes Kerry is known for having helped negotiate the 2015 Paris climate agreement, which Donald Trump exited during his term and now Biden is gearing up to join back in.

He has previously served as the Senator as well as the Secretary of State. An attorney and retired naval officer, Kerry is expected to work as the “climate czar” in Biden’s administration.

Forty-four-year-old Jake Sullivan had served as the national security adviser to Joe Biden when he was Vice President. He also worked as the Deputy Chief of Staff to Hillary Clinton when she was Secretary of State.

Haines was set to be confirmed on Friday, but the Senate Select Committee postponed the hearing in a statement late Thursday night.

William Burns served the US Foreign Service for as long as 33 years, retiring in 2014. If the Senate confirms his nomination as CIA director, he will be the first career diplomat ever to lead the intelligence agency.

Burns is currently the president of thinktank Carnegie Endowment for International Peace.

Office of Management and Budget Director

Political consultant Neera Tanden is currently the president of thinktank Center for American Progress. If her nomination is confirmed, Tanden will be the first Indian-American to serve the office of US Office of Management and Budget director.

Attorney Katherine Tai is currently the Chief Trade Counsel for the US House Committee on Ways and Means. A Yale and Harvard Law graduate, Tai will be the first Asian-American as well as the fourth woman to serve the office of US Trade Representative.