The year 2020 will be known for the EV revolution apart from being known as an unmatched year due to COVID-19. Tesla stock has risen by about 600% since December last year, rising way ahead from estimates of various analysts and price targets.

The Company also has a market cap of above $539 billion after the announcement of its inclusion in S&P 500 on 1 December, much higher than that of General Motors, Toyota, BMW, etc.

Let's have a look at Tesla's performance in the EV market. 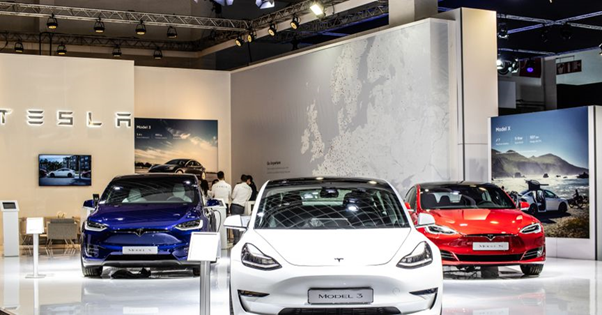 Tesla had worldwide sales of more than 300,000 EVs as at the end of Q3 2020. The Company would have posted a pre-tax income attributable to common shareholders of just $77 million if one excludes $397 million of pure profit emission credit sales and D&O insurance payment of $43 million received to reimburse Tesla for its director's involvement in SolarCity buyout.

Tesla's monthly China sales stood at 12,143 in October compared to 11,329 in September 2020. The Company had cut its Chinese Model 3 price by a massive 8% on 1 October, but still, sales rose by only about 800 cars in the month as compared to September.

And, due to increasingly growing revenue from local labels and huge investments from international OEMs, China's EV competitive landscape is about to become even more aggressive.

Tesla releases only a few products, but each product is quite competitive in its segment. Though the quality of the build and the materials used in interiors of the electric cars made by Tesla are still far from the level of Mercedes Benz as per market reports, Model 3, Model S, Model X and Model Y are doing way better in terms of performance, tech and features.

Tesla also concentrates strongly on software and vertical integration with the Company now planning to produce its own batteries and hardware.

DO WATCH: Why is Tesla under the spotlight?

Tesla has 17% of the total global EV, and plug-in hybrid sales combined that includes Model S, Model X and Model Y, followed by Volkswagen at 7% and BMW and China's BYD at 6%.

(NOTE: Currency is reported in US Dollar unless stated otherwise)