Shares of Tesla Inc. (NASDAQ: TSLA) fell up to 3 percent in the after-market trading on Monday despite the company posting record earnings for the first quarter of 2021.

The electric carmaker reported 363 percent year-over-year growth in its non-GAAP net income during the quarter to US$1.05 billion. The EPS came in at 93 cents. This compares to the net income of US$227 million and 23 cents per share in the first quarter previous year.

Tesla’s GAAP net income soared to US$438 million from US$16 million in the first quarter of 2020. GAAP EPS in the quarter was 39 cents, compared to 2 cents.

Total revenue during the three months ended March 31 totaled US$10.39 billion, up 74 percent from US$5.98 billion in the year-ago quarter.] 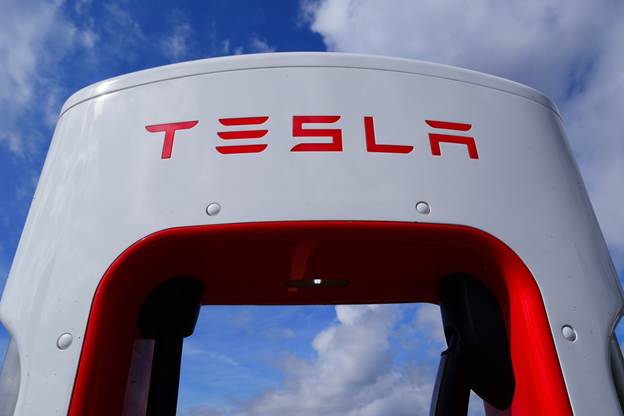 Automotive revenue accounted for US$9 billion, which grew 75 percent year over year as the company reported record vehicle production and delivery numbers in the first quarter as well as revenue from regulatory credits.

Tesla produced 180,338 vehicles and sold 184,877 vehicles in the quarter. Production increased 76 percent while delivery jumped by 109 percent year over year.

In addition, Tesla’s revenue from the sale of regulatory credits during the quarter rose 46 percent year over year to US$518 million.

Tesla, which invested US$1.5 billion in Bitcoin in February, said proceeds from the sale of digital assets accounted US$272 million during the quarter. The company noted recorded a positive impact of US$101 million from the sale of Bitcoin.

Meanwhile, Tesla awarded US$299 million as stock-based compensation to its CEO Elon Musk in the first quarter. Musk’s compensation at Tesla is determined by the company’s 2018 CEO Performance Award, which is based on certain market capitalization and operational targets.

The California-based automaker’s market capitalization grew significantly in 2020 as its stock price skyrocketed by over 700 percent last year.

Tesla shares rose 1.21 percent to close at US$738.20 on Monday. But, the stock fell in after-market trading following the results.