Know the 10 biggest retail companies around the world in 2021

The year 2020 was the best and the worst year for the retail sector. It was the best year as shoppers who were working from home had a new set of needs, especially the need for online shopping. Retailers had to reinvent themselves to develop online platforms. Consumer staples and groceries saw an increase. However, other retailers like those of consumer durables and discretionary items saw setbacks. Retailers based out of malls saw major losses due to strict COVID-19-induced lockdowns around the globe.

Retailers all over the world faced many challenges but some managed to keep ahead of others on a global scale. Usually, sales figures are used to see which retailers did the best, but in this unique year, other metrics were also deployed to see which international retailers are the best. 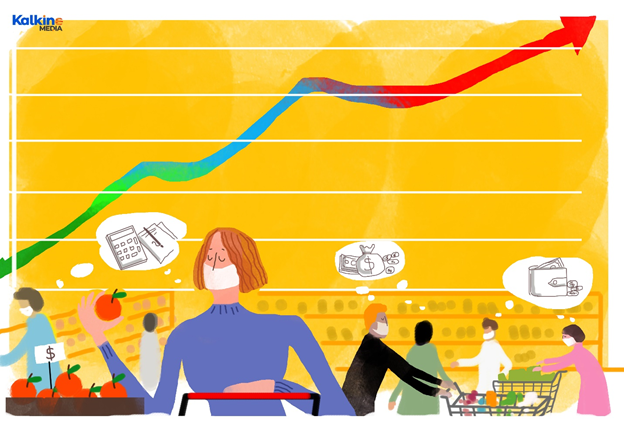 Walmart continues to be number one retailer in the world. In the last year, it reinvented its business model and shifted to omnichannel approach for its markets. Despite divesting its stake from some markets like Brazil, The U.K, and Argentina, it still remains number one. Its market capitalisation is US$600 billion.

Amazon is a US-based e-retailer, which is ranked close to Walmart even though it is moving into many other businesses. It posted strong growth in its main markets like the United States, Canada, and Europe. It is in an expansion mode, entering aggressively into other countries. It has cash flows to expand into other countries and is exploring several options. Its market capitalisation is US$280.52 billion.

It is a German company that specialises in discount groceries. It is a dominant group in Europe. Its Lidl discounter banner has been its main growth driver outside of the European Union.  The Group already has a well-developed online platform and that’s where maximum growth has come from for the Company. Its market cap is US$133.89.

The Buzzing Trends || Do you know these 10 biggest global retail companies?

It’s a German retailer specialising in discount groceries. It is growing outside of Europe and is one of the fastest growing groups in the U.S. The group is also expanding into Chinese territory and has a strong e-commerce operation. This group has also re-invented itself, specially when it comes to store design. Aldi was number 8 on the list of retailers but has secured number 4 spot this year. Its market cap is US$116.06.

Also Read: How is the New Zealand retail sector faring? Which are the top retail players in the country?

It is a Chinese retailer, which began as a B2B market place for Chinese manufacturers. It has now expanded into retail and other related businesses. It is aggressively moving into other markets while remaining an essentially a Chinese company. The market capitalisation of Alibaba is US$71.99.

It is a US company, which is a club format. Costco is moving into position of power in both small and big markets. It has secured its positions as the second largest retailer in Canada and is expanding into Australia and Europe. COVID-19 hastened its movement into e-commerce and it is slated for fast growth in the existing markets. Its market cap is US$163.22.

It is a Netherland-based company. It is actually a group of two companies which operates as a unit in the US and has picked up by remodeling its stores under all banners. It offers value shoppers a good in-store experience. It continues to leverage best in class online groceries in the US, and European markets, and is now venturing into other non-grocery items across Europe.

Carrefour is a French company, which has several problems relating to ownership and expenses, but with all those issues resolved, it has become one of the fastest growing retail companies in Europe and the Middle East. It is present in Latin America under the Atacado format. Atacado is a Brazilian name for cash-and-carry format. The company plans to move into other geographies through mergers and acquisitions.

Ikea is a Swedish store specialising in furnishings. It provides easy and practical DIY furniture to its customers. The furniture retailer has expanded its markets and is currently trying to get a foothold into Latin American markets. It also plans to give a new thrust to its online store to extend its reach to more markets.

Rapidly growing and diversifying, JD.com is a Chinese e-commerce company. It stresses on operational competence and customer service and has a partnership with a number of global retailers like Walmart. This is a company that started off as an e-retailer but is moving towards brick-and-mortar format with expansion into other countries. Currently, its market cap is US$82.86 billion.