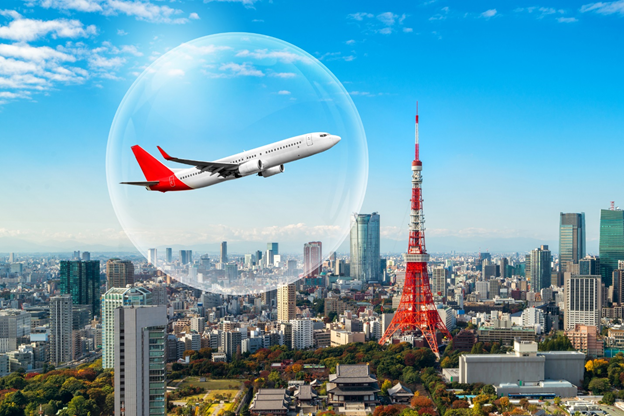 New Zealand saw the opening of the Trans-Tasman bubble on 19 April 2021, when the first quarantine-free flight arrived in Auckland from Sydney after almost a year. It marked an important milestone in NZ's pandemic recovery.

By April end, around 400 quarantine-free flights are estimated to arrive and depart from Auckland.

Apprehensions Among Kiwis On the Opening Up Of The Borders

As per the latest reports, not every New Zealander is elated with the opening of the Trans-Tasman bubble. According to a recent poll conducted on 1,000 surveyors, only about 49% of the Kiwis were looking forward to this quarantine-free travel, whereas 28% were against the opening of this channel.

The foremost apprehension against the opening of this bubble is the fear of transmitting COVID-19 into the Kiwiland by the Australians, which would lead to possible lockdowns and restrictions. A recent study by Tourism New Zealand revealed by that nearly 900 tourism operators feared that they would be compelled to close their businesses if the situation did not improve.

On 20 April, a worker at Auckland airport was tested COVID-19 positive. He is thought to have caught infection from a traveller who had reached the NZ shores on the global flight seven days ago. Chris Hipkins, Minister for COVID-19 response, provided further details on the case. PM Ardern expressed that she did not anticipate the unfortunate incident to affect the fresh Trans-Tasman travel bubble.

The New Zealand government has been planning for extra testing facilities throughout the Auckland airport.

Would NZ Tourism Get The Much-Needed Boost?

The Majority of people is delighted with the opening of the flight route as it would get a chance to meet the family and friends across the borders, and with this bubble, it is being anticipated that NZ's economy i.e. tourism, hospitality, and retail would get the much-needed boost, which otherwise was hit hard by the pandemic.

Ardern is of the view that the travel bubble opening would bring about NZ$1 billion boost to the economy.

Economists of the country say that the Trans-Tasman bubble will likely have a positive impact on the GDP of the country. However, the initial influx of travellers to Aotearoa would see a surge in the people coming to mostly meet their family and friends across the shores, and they are unlikely to spend on expensive tourism activities.

This may lead to uncertainty as the NZ tourism industry may not be ready with the sudden rush of overseas travellers after a long hiatus of more than a year.

The tourism industry needs staff to operate and manage the business, with many businesses hiring people from overseas. With restrictions on international borders in place, there is a huge dilemma as to how NZ will cope with the workers' crunch even if there is enough demand in its tourism sector back home.

Overall, this re-opening of the Trans-Tasman bubble will have a positive impact on both sides of the borders. The tourism sector will get a much-needed relief, which otherwise had borne the maximum brunt during the pandemic. However, both New Zealand and Australia need to be watchful of the virus and must prepare for any contingency arising in the future.