In a recent report, it has been announced that New Zealand and the UK were looking to strike a deal about diversifying markets and making better trade ties, post the UK’s exit from the EU. As the majority of the New Zealand Dairy market is currently based in China, diversifying into newer markets is the key thought behind these talks.

One of the most talked-about elements in the deal would be tariff cuts, in the matter of agricultural exports, similar to the Australian deal that the UK has recently secured. Focusing on the service sector, this deal could be liberalising and initiative of several new opportunities for both the countries.

Also read: Dairy Companies Eye a Good 2021 due to their innovative strategies 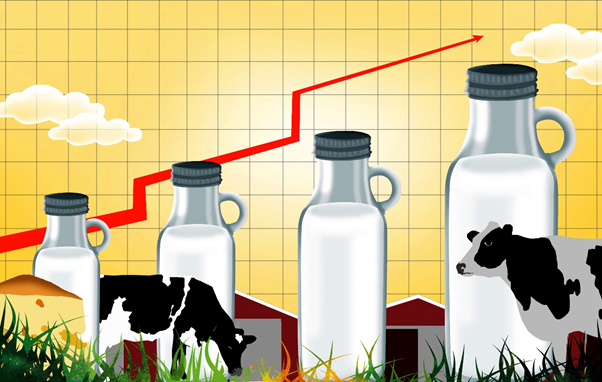 Zero Tariff farming could be a progressive practice; however, the trade minister of the country is of the view that there is still work to be done in the direction. While the tariffs would gradually be phased out over the course of 15 years, it could mean a lot of monetary benefit for both the parties. If the deal were to go through, quotas will also eventually be phased out of existence, making the workspace levelled for all.

The recent deal with Australia has set new benchmarks, which could be of pivotal importance while laying down the rules for the New Zealand deal. The UK, being the second-largest dairy importer in the world, could benefit from the multitude of options New Zealand has to offer. Currently, the trade restrictions and limitations are forcing these options being unavailable to the British market. So much so that barring the quota volumes which are indeed limited themselves, the tariffs currently imposed on cheese and butter from New Zealand is about 45% of the actual value of the product.

What does the DCANZ think?

As a matter of fact, even inside the quota limit, the cheese tariff is 5% and butter 17%. The Dairy Companies Association of New Zealand, after having assessed the transition over the years, believes that the UK-NZ deal is now at par with expectations and that it covers all the aspects that would be beneficial for the dairy trade progression in the country. They are of the view that New Zealand should expect nothing less than what is being offered to other dairy exporters.

Catherine Beard, the executive director for Export New Zealand, is of the view that such a deal, when finalised, could be really beneficial for the country. She further added that the phase out period of 15 years may be tad too long. Ten years would be a long-enough transition period for the farmers of the UK to look for alternative solutions.