After the US welcomed their new Democrat president Joe Biden in the most intense presidential elections ever, many Americans greeted the decision with a smile on their face. Fireworks, beeping cards, and singing pop classics could be both seen and heard in most US states.

As the Trump era concludes in mid-January 2021 (even though Mr Trump had still not admitted the defeat), public healthcare in the States might have a bright future now that former Vice President has won the election. Mr Biden held that title during the reign of Barrack Obama, the creator of affordable Obamacare scheme.

Affordable Care Act (ACA), or more popularly called Obamacare, is a government initiative which allows Americans to access affordable public health insurance. The government provides the eligible public with sponsored insurance plans (as known as tax credits) that Americans can use to claim healthcare returns.

Obamacare was designed as an extension to the already-existing Medicaid program, which is still not affordable for some of the poor American people. That is why Obamacare was meant to offer a more generous healthcare aid compared to Medicaid.

Before the ACA existed, Americans could be turned down when claiming hospital costs if they were treated for a pre-existing illness, such as diabetes. With the additional healthcare sponsorship, those restrictions were waived so the funds cannot refuse any claims regarding similar issues.

Who is eligible for Obamacare?

Firstly, some American states do not participate in an affordable healthcare program. Before signing up for Obamacare, one should investigate the state policy and check if the particular state allows claims through Obamacare.

Even if the residing state is eligible, some Americans do not qualify for Obamacare – only those below the poverty line defined by the law, one to four times the Federal Poverty Level to be precise.

Most people that are actively working already have healthcare insurance provided by their employer. That said, Americans with private insurance cannot apply for Obamacare, as they are already ensured.

What policies does Obamacare include?

In some ways, Obamacare is immensely similar to Australian private health. Just like private healthcare in Australia, it offers a wide range of policies depending on personal needs, Obamacare has similar tiers: Bronze, Silver, Gold, and Platinum policy.

Bronze packages are the cheapest but lead to substantial out-of-pocket costs. Unlike Australia, the US has one of the most expensive healthcare systems in the world. So, even when 60 per cent of the fee is covered, people might experience enormous expenses.

Younger people will most likely be satisfied with the Bronze policy. At the same time, those with pre-existing diseases and older generations might want to consider Gold or Platinum policies with 80 and 90 per cent of covered costs.

After Mr Biden was voted for by more than half of the American voters, it is unlikely that Obamacare will cease to exist. With the Trump administration and new Republican Supreme Court Judge Amy Coney Barett, some experts were afraid that the ACA would be permanently removed from the system.

The Biden administration will surely have a lot of work to do once Mr Biden comes to the White House in January. This is primarily because the Trump administration has been undercutting Obamacare during his tenure in the last four years.

What could be done as the first step is announcing that Obamacare is back to business. As Mr Trump cut 90 per cent of the total budget for the ACA, many Americans stopped informing themselves about the program, especially about annual enrolments. The Biden administration could boost investments towards the fund for Obamacare advertising and marketing so it could notify Americans about recent changes. 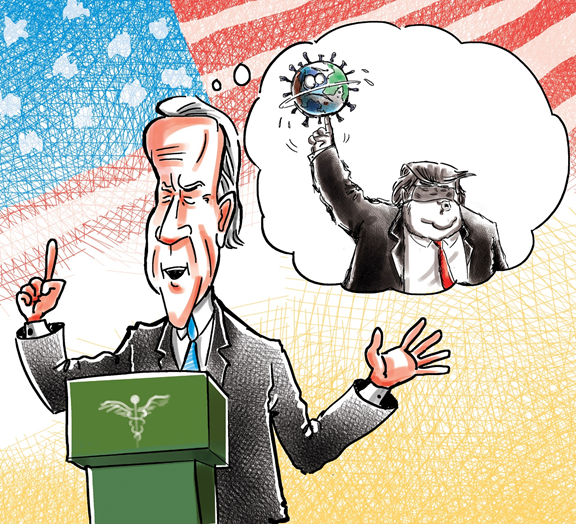 What needs to be done in the first place?

However, the chosen President might not be enough of an opportunity for healthcare. The US law works in a way where the Senate has the most power over implementing laws, so it may be challenging if Republicans get more chairs.

Experts, on the other hand, agree that Mr Biden will stay true to his character and fight for the ACA, mainly because the pandemic is setting new unwanted records in the country almost every day.

That said, the coronavirus relief bill will be among the first things on the agenda list. As millions of Americans lost their jobs due to the pandemic, many of them lost health insurance as well. Obamacare will be more critical than ever in battling the virus, as the divided country experienced more than 200,000 COVID-19 deaths so far.

Whoever gets picked for the Senate, the following list of actions could lead to a solid case for litigation regarding the ACA:

On 10 November, the Supreme Court in the US held one of the most important sessions concerning Obamacare, also known as California v. Texas. The meeting was deemed critical as judges would decide the outcome of current lawsuits defining the ACA.

It is still uncertain what will happen with the ACA and the court’s decision is not expected at least until January 2021. From what is known so far, the oral arguments suggest that the court is not in favour of completely abandoning ACA. Thus, ACA might stay for a while, at least.

However, more lawsuits are anticipated as Republican attorneys-general want to pressure the Democrats in healthcare issues.

Mr Biden will surely fight for his opinion – improving affordable healthcare for more Americans by expanding the ACA. Though, the Senate will have a final word in this matter, which is, at this moment, too unpredictable.