YouTube started as an online video service, serving for the sole purpose of fun. It was exciting to wait for music videos to come out, probably without realising how big a business YouTube will become a few years later.

Some of the people that started filming videos for fun, or simply sharing their life experiences, are now millionaires, thanks to the broad audience they attracted on the video platform.

Not many people will know who Felix Arvid Ulf Kjellberg is, but after mentioning his YouTube username PewDiePie, a number of us would recognise him. Currently being one of the wealthiest YouTubers, PewDiePie’s total net worth is estimated between US$30 and US$50 million. Considering most of his income comes from YouTube, it is safe to say that one could make a fortune if working full-time on the platform. However, the main question is – how does YouTube work and how much does it pay content creators?

Since its launch in 2005, YouTube gained significant audience around the globe, uploading more than 300 hours of content every minute, at present. It is also the second biggest search engine on the Internet, Google (NASDAQ:GOOGL) being the largest. Considering Google owns YouTube, it comes as no surprise that both online platforms have significant annual revenues.

If one wishes to start a career as a YouTuber, they could upload videos about relevant topics that would attract a wider audience. The advantages that YouTube brings to its users include easily sharable content, as well as being embedded to most online portals which makes it easier to get wider recognition.

YouTube provides the self-service Analytics tool that analyses and reports all the data for the uploaded videos. With YouTube Analytics, businesses and individuals can have a useful insight in views, age and gender groups that watch the content, which countries watch videos the most, the number of comments and ratings, as well as the ‘firsts’ of the video (including all referrals from external websites that had the content embedded on the site).

YouTube channel is a helpful feature if one wants to build a business brand on YouTube. It gives one an option of choosing the right image for representing the content, as well as allowing the ‘About’ feature, which stores the description one can provide if they see fit. Playlists and a URL link for the channel can help a business in reaching a bigger audience.

Probably the most important part of the YouTube platform is the advertising feature, which allows businesses to promote their content by targeting a particular audience. In exchange, advertisers pay whenever some clicks on the video. Anyone that pays for YouTube promoters can choose how the addition will look like and where it will appear. 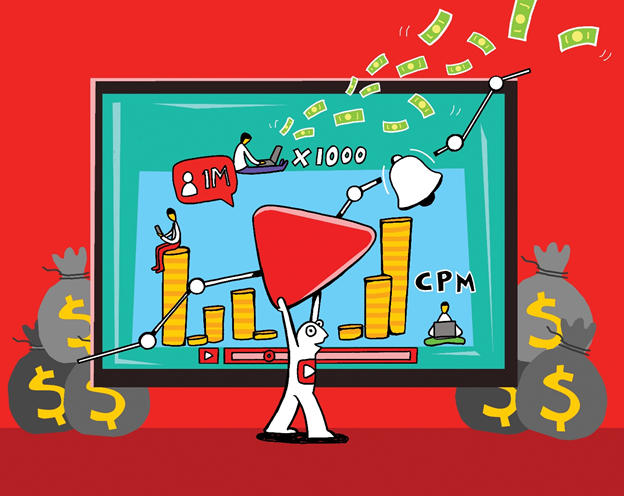 For a very long time, YouTube’s revenue was a secret – its profit was mostly estimated, but not publicly revealed by the official source. Some sources estimate that YouTube’s annual profit is somewhere between US$16 and US$25 billion. As Google is the official owner of YouTube, its revenue goes under Google’s gross earnings, which is approximately US$137 billion annually.

Some experts are not really sure why this is the case with YouTube, while some believe that Google does not want to reveal total earnings because it may leave people wondering why they did not earn more from the platform. That said, some investors are sceptical about investing in the online video platform as they are not entirely sure about YouTube’s financial results.

The secrecy was put to the end earlier this year when investors were given the opportunity to know how much YouTube is actually making. It was found that YouTube collected about US$15 billion for advertisement alone. However, Google’s parent company, Alphabet stated that even though the official number on the paper is US$15 billion, YouTube still needs to pay for content acquisition. The actual amount being paid to content creators was not revealed.

Content creators are, however, not satisfied with the amount of money they get from YouTube. Some of the creators mentioned how most of their YouTube income does not come from the platform itself, but from ads that have high rates. They also need to be careful about the content they post, as it needs to be advertiser-friendly to earn some capital.

One of the YouTube employees allegedly stated that YouTube brings 10% of Google’s total income, which is six times bigger than what Twitch earns (another platform for mostly streaming video games). Over three years, YouTube was estimated to hit US$34 billion in revenue.

After seeing the massive numbers, some may believe that YouTubers earn a lot of money. But YouTubers do not agree.

The amount of revenue highly depends on many different factors, but the most important one is probably the content they produce. YouTubers can earn as little as US$5 for 1,000 views per video, or as high as US$97,000 for 150 million views.

Influencers that post videos about their lifestyle, beauty and fashion are everywhere, so their YouTube income is lower (excluding all third-party profit). On the other hand, if the content is more exclusive and rarer to find, it is more likely to generate more money from it. The revenue will increase even more if it is created for older generations, as they have a stable income source, unlike children that consume YouTube for soft news.

The conclusion would be that clicks, and subscribers are not everything – YouTube is much more than that. Content creators that started earlier are likely to earn more money as they have already built their audience and reputation.

As many young individuals want to make a lot of money quickly, they tend to turn to YouTube or Instagram as their source of income. There is a high chance they may succeed if they have a good digital marketing strategy for their content.