Shares of US high street shop that sells games, consoles, and other electronics, GameStop Corp (NYSE: GME) nosedived by 55 per cent as trading platforms such as Robinhood and Interactive Brokers curbed buying of shares in the US games firm. The ban imposed by the trading platforms does not seem to have gone down well with the amateur investors.

The move of restricting the buying of shares of GameStop along with seven other firms in a bid to push the share prices downwards is believed to be influenced by hedge funds.

Major institutional investors, such as hedge funds had decided to short sell GameStop's shares. These pooled investment institutions lost billions of dollars as the shares of GameStop recorded an unprecedented rise in value, stimulated by users of the social aggregation and discussion website, Reddit.

Institutional investors, such as hedge funds even make money when the markets are falling. They do so by exercising the concept of short selling. Imagine you borrow an asset with a promise to return it in a month, in anticipation of steep fall in the price of the asset and sell it to someone else for £100 pounds. When the prices have actually fallen over a month, you buy the same asset for a cheaper price like £50 and return the asset to the original owner. You now have made a profit of £50. This is how short selling works.

GameStop is into offering physical game consoles and electronics. The pandemic-induced lockdowns had weighed down heavily on the business, and its peers were offering downloadable games had gained prominence. In short, GameStop was not doing well as its earnings had gone down significantly. 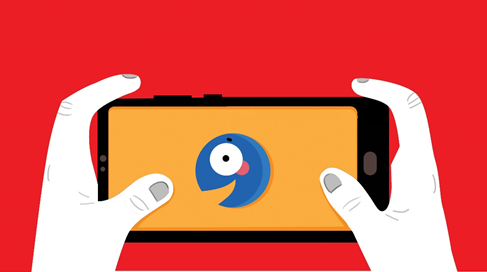 For this reason, hedge fund managers anticipated a massive fall in stock prices of GameStop. However, people following Wall Street bets on social media platforms such as Reddit followed tips and bought shares in the ailing company.

The unprecedented rise in demand for the shares led to a meteoric rise in prices of shares of the gaming company. Big hedge funds who were expecting a drop in prices to make profits suddenly now have to shed extra money to buy their shares back. It is like a gamble for the hedge funds managers that did not pay off. Their bet on falling prices proved to be wrong,  and as a result, they have lost a lot of money.

Along with GameStop, trading platforms have restricted trading in seven other companies which have exhibited a huge amount of volatility in recent times.