A fire accident in the Gulf of Mexico (GOM) became meme material after the ‘eye of fire’ videos went viral on social media. Gas leakage in a 12-inch trunk pipeline caused a massive fire. The pipeline is operated by the Mexican national oil company PEMEX. The Company reported the fire was controlled within five hours without any casualty.

A video of bright orange flames on the surface of seawater in a circular shape went viral on Friday, 2 July 2021. Rescue ships with high-pressure water cannons could be seen trying to dodge the fire. According to the media reports by PEMEX, the fire broke out around 5:15 AM local time and was extinguished by 10:30 AM. Investigations are underway to know the possible causes of the accident. The incidence also did not affect the production of the project.

The pipeline is used to carry oil and gas from PEMEX’s Ku-Maloob-Zaap (KMZ) oilfield, located in the Bay of Campeche, Gulf of Mexico. The field lies at a shallow depth of 100m below the water. KMZ oilfield is one of the largest producers of PEMEX with a designed capacity to produce 800,000 barrels of oil per day and 300mmscf/d of gas.

The KMZ field has 82 wells drilled and connected with 17 platforms. In addition, there are 42 pipelines with a total length of 189km connecting several platforms and production units. The fire broke out in one of these 42 pipelines.

The head of Mexico’s oil safety regulator, Angel Carrizales, informed that the incident did not cause any spill. But he did not provide any answers on what was burning on the surface of the ocean waters. Moreover, the Company has not provided any comments on the accident in its press briefing.

Offshore oilfields are technological marvels of the 21st century. The oil and gas wells are drilled hundreds or thousands of meters in depth from the water's surface and thousands of meters below the seabed. The wells are often drilled from an offshore platform which may be fixed or floating depending on the depth of water and sea currents. 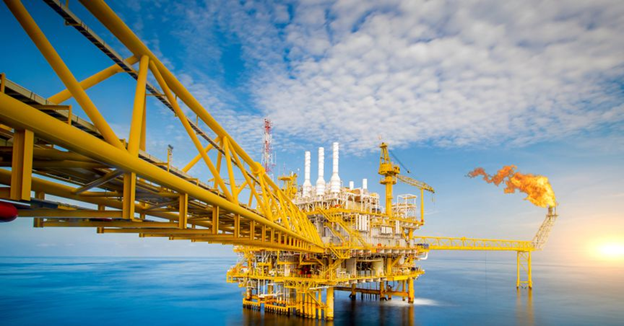 Multiple wells are drilled from a single platform and are often tied to the same platform for production purposes. These wells could be connected to a big diameter pipeline called the trunk pipeline to carry the oil and gas to the onshore production facilities or to an FPSO designated for that field.