US oil and gas giant Exxon Mobil announced a new business venture called ExxonMobil Low Carbon Solutions focusing on low-emission technologies. The company pledged to invest US $3 billion till 2025 in carbon capture storage and other low emissions technologies after 135 investors holding over US $2 trillion in assets pushing to address climate change.

The carbon capture storage technology involves the extraction of greenhouse gas emissions from the air to lower the carbon emissions. The CCS is an attractive technology for the oil and gas companies as it does not involve them altering their business models significantly.

The technology helps the emissions of crude oil taken from the ground, leading to lower carbon intensity.  The oil company had announced to lower its carbon intensity by 20 per cent by 2025 last December. Carbon intensity is an emission rate of pollutants in the supply chain or industrial production process per barrel of oil.

Exxon's new venture is expected to fund up to the projects across the United States, Europe, the Middle East and Asian regions. While the firm's initial focus is on CCS technology, it eventually wants to expand to hydrogen and other low carbon technologies. The oil company holds over 40 per cent of all captured carbon dioxide and a significant equity shareholding of carbon capacity of up to 20 per cent globally.

ExxonMobil latest quarterly earnings showed the company suffered a US $20-billion loss over the period. The company's dismal fiscal results highlighted its ongoing challenges in managing sluggish demand and prices due to the pandemic. It had recently announced plans to cut about 1,900 jobs in the US. 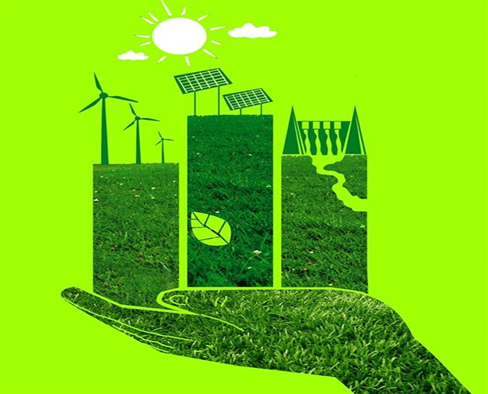 On the other hand, European oil companies such as British Petroleum and Shell have aggressively invested in moving towards net zero emissions by focusing on wind, solar and other renewable energy sources. BP has committed an expenditure between US $4 billion to 5 billion annually till 2025 on low carbon sources of energy.

The announcement comes on the back of US President Biden’s decision to re-join the Paris Agreement on climate change. Moreover, the news follows the US's largest automobile company General Motors plans to stop selling fossil fuel-powered light-duty vehicles by 2035.

This announcement of Exxon is not expected to satisfy sustainable investors and environmental groups until the oil major matches its peers. The company also needs to undertake sweeping measures by investing in clean energy sources and commit to net-zero emission targets as the global economy attempts to transition to a low-carbon economy.