Unable to address the supply shortage of AstraZeneca’s Covid-19 vaccines, the European Union has turned to the United States to export the millions of doses produced domestically. According to a report in the Financial Times, the 27-nation EU has sought Washington’s help to ensure a free flow of key ingredients needed for production in Europe.

The vaccine is produced at AstraZeneca’s plants in the UK and EU. It also has production chains in many countries, like the US. As per reports, the US wants to produce the vaccines on its own so that it can run its vaccination programme smoothly.

According to the reports, the EU will now approach the Joe Biden administration to lift the export ban and see that there is a free flow of ingredients needed to produce the jabs. 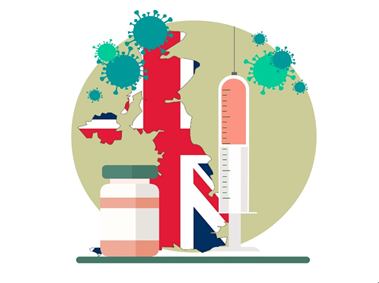 The EU has reported that it is lagging behind the Covid-19 vaccination drive as compared to the UK and the US. The EU has approved vaccines of Pfizer/BioNTech, Moderna, and Oxford/AstraZeneca for the vaccination rollout.

Besides, Hungary has also approved doses produced by Chinese firm Sinovac and others.  As per the data provided by the European Centre on Disease Control and Prevention, the EU members have received 43.4 million doses of vaccines, but only 30.6 million doses have been administered till date.

On the other hand, Britain, which was the first European country to approve Pfizer vaccines for mass usage, has already vaccinated more than 21 million people. In contrast, just 8.4 per cent of citizens have got the jabs in the EU members states.

In February, an EU official said that the company has revised its target and now plans to deliver about 40 million doses in Q1, 90 million shots as promised before.

In the same month, the British-Swedish company had reported that it can deliver half of the expected supply of Covid-19 vaccine to the EU and is trying to increase its capacity in its EU chain.

The bloc is facing delays in getting vaccines developed by Pfizer and BioNTech and, Moderna’s shot.

The vaccine produced jointly by the Pharmaceutical giant AstraZeneca and Oxford University was temporarily excluded by the South African government after it was found that it was less effective on the new SA virus variants. Besides, the Germany vaccine commission had recommended the jabs for people between 18 and 64 years. Later, WHO experts came to the rescue and said it is fit for people aged over 65.