The ongoing COVID-19 pandemic caused by the novel coronavirus (SARS-CoV-2) continues to wreak havoc all over the world. According to the WHO, there have been 41.57 million confirmed cases of COVID-19, including 1,134,940 fatalities across the world as of 23 October 2020.

France has declared an emergency due to the second wave of coronavirus pandemic in the country and imposed night-time curfew in Paris, including eight other regions. Also, almost 40% of intensive care unit (ICU) beds in the Paris region are occupied by COVID-19 patients as reported on 20 October 2020. France reported over 41k new cases on 23 October, an unwanted record for the nation.

Let us discuss in detail-

COVID-19 Cases in Paris rising at a pace, over 40% of ICU beds occupied

On 15 October 2020, prime minister of France Jean Castex had informed that more than 40% of hospital beds in Paris were occupied by COVID-19 patients, amid a surge in cases all over the nation. He also added that it was not feasible to increase ICU capacity.

According to figures by the national health agency and doctors at several hospitals, despite being one of the wealthiest nations across the world, France has not added substantial, intensive care unit capacity or the staff required for managing extra beds. France was one of the hardest-hit countries when the COVID-19 pandemic first washed the globe. 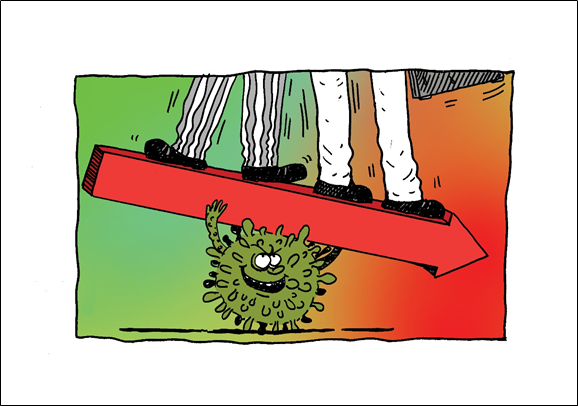 On 22 October 2020, Jean Castex announced an extension of the nightly curfew that is expected to curb the increasing spread of the COVID-19. The Prime Minister also highlighted that “the second wave of COVID-19 is here.”

The curfew was enforced in nine regions of France last week, including Paris and its suburbs. Jean Castex also added that the curfew was being extended to thirty-eight more regions and Polynesia starting 23 October 2020 (midnight).

He said that the curfew could last for six weeks prior to a review. This extension implies that almost 46 million of 67 million people in France will be under a curfew that prohibits them from going outside during curfew hours, barring a few exceptions. The exceptions include walking a dog, catching a train or flight, and travelling to and from work.

ADP cut traffic outlook on the second wave of COVID-19

As mentioned by Reuters, traffic at Charles de Gaulle and Orly would fall in between 65-70% instead of the previous forecast of 63%. Besides, Aeroports de Paris stated that the revenue for the first nine months of 2020 was down by 52.7% to €1.67 billion as compared to the same period in 2019.

The second wave of the COVID-19 wreaks havoc in Europe

Having imposed strict lockdowns early this year, Europe had apparently managed to suppress the first wave of COVID-19. However, with the number of coronavirus cases resurging, the continent is back in trouble.

The second wave of the COVID-19 in Europe is reviving the pressure on hospitals in the worst-hit cities. Europe is planning to prepare its hospitals to be able to manage the overload that may be caused by the rising number of COVID-19 cases. It is pushing healthcare systems around the continent to develop emergency plans that draw on the lessons of this deadly first wave of spring. Health authorities in Europe are highly concerned about a crucial resource - medical staff.

The European hospitals are under pressure as the number of patients being treated in intensive care units (ICU) for COVID-19 has surpassed the numbers recorded during the first wave in France and Britain.

ALSO READ: The United Kingdom All Braced Up to Deal with The Second Wave of COVID- 19

Currently, hospitals are coping with fewer severe COVID-19 cases; however, signs of strain are multiplying. While Eastern Europe is especially exposed due to persistent underfunding of health care, Poland is establishing temporary hospitals at conference centers and stadiums, and the situation in Belgium is also similar.

With so many Belgians currently in quarantine, there are very few people available to offer treatment to the sick than during the initial wave in the spring.

In the second-worst outbreak in Europe, the health authorities are considering recruiting out-of-work restaurant staff, pensioners, and refugees to fill in.

As there are usually more people hospitalized with illnesses in the autumn as compared to the spring, health experts are concerned that the hospital system will be quickly exhausted if nothing is done to contain the spread of coronavirus.

With no approved treatment or vaccine available for COVID-19 so far, taming the virus has become a primary concern. With the extended curfew and other restrictions in France, the authorities are anticipating that the spread of coronavirus could be contained. However, healthcare companies are making every effort with the government’s support to develop a potential vaccine as early as possible.