Coronavirus rescue package on cards in US, markets cheer

U.S. congressional leaders announced on Wednesday that they are working towards bringing a stimulus package of $900 billion. The COVID-19 aid bill will come as a massive relief for the Americans struggling for help. The deadline to close the negotiations on the relief funds and extended unemployment benefits has been set to Friday.

The coronavirus pandemic killed approximately 300,000 Americans and decimated many businesses. Millions of residents lost work due to pandemic-related problems. However, the bill does not offer liability protection to the U.S. businesses, and it doesn't even include the aid for state and local governments. These two issues were the aspects that were stalling the year-end stimulus package.

The rescue package targeted toward the pandemic-affected causes is finally seeing the day of light after top members of the House of Representatives and Senate showed positive go-ahead for the same. After the talk among the top four congressional leaders, the agreement is near to the closure.

Mitch McConnell, Senate Majority Leader, stated that the most significant barrier is passing the bill in both chambers with a bipartisan majority. 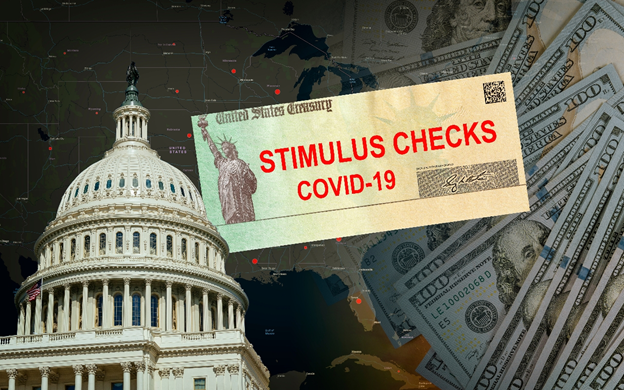 After the lead on the rescue package, Nasdaq closed at record high numbers. Stocks performance was however mixed on Wednesday. The traders reacted positively after the stimulus package news came in just before the year-end. The S&P 500 ended just short of a record closing high. However, the blue-chip Dow performed under pressure after the November retail sales report was released. The Commerce Department report shows a much weaker performance than expected, as it showcases a sharp drop in consumer spending.

Moreover, the Federal Open Market Committee has also moved forward with the monetary policy decision. The new announcement on the asset purchase program is helping build optimism in the market. The decision is in line with Fed's strategy to assist the financial markets in order to function smoothly amid the COVID-19 crisis.