The United Kingdom will see a lot of business and activities once again in life from April 12 when the next phase of lockdown easing kicks in. PM Boris Johnson last week confirmed the roadmap to be on track and gave go-ahead for the planned easements. The government’s decision was based on its four-test assessment, which included a successful vaccine deployment programme, evidence of sufficiently effective vaccine against Covid-19, infection rate remaining in control and no significant risk concern of new variant.

A majority of the indoor economy and more outdoor settings will reopen from 12 April following the social contact rules and many restrictions still in place. However, households have big plans for the long-awaited reopening and are preparing to go on for a £600-billion spending spree this summer. As people will be allowed to go to pubs and dine outdoors, Centre for Economics and Business Research, one of the UK's leading economics consultancies, in its latest release has said that in the very first week only, the outdoor drinkers and diners would provide the hospitality sector with a spending boost of £314 million. The CEBR has said that before the pandemic households across the nation used to spend a total of around £663 million per week on dining and drinking out, which was almost zero during the lockdown.

The economic consultancy has stated that in the first week after lockdown one, the number of diners bounced back to 33 per cent of pre-pandemic levels, while after lockdown two, in the first week the rebound improved further to 56 per cent of the pre-pandemic levels. This time after the third lockdown, the first week numbers are likely to be much higher backed by strong vaccine rollout and the common belief that there won’t be another lockdown with more than half of the population at least partially vaccinated, getting one of the two mandated vaccine doses. However, there is a limiting factor as well as only outdoor service will be allowed until at least May 17.

Also Read: Top Pub and Restaurant Stocks to Keep an Eye on Ahead of Reopening Next Week

Its not only the pubs and restaurants that are expecting a spending splurge from the households but the high street non-essential retail, beauty and nail salons, gyms, and spas. Also, people have been allowed to book foreign holidays for the first time, though there could be cancellations due to the increasing coronavirus cases abroad. Movement restrictions meant households accumulated higher savings, which they would be spending after the easement. 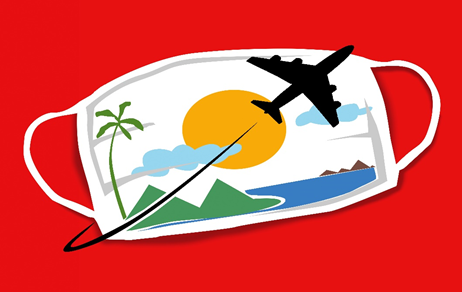 Amid the rising optimism, the report of London emerging as a global top spot for the luxury home could be a shot in arm for the local housebuilders and they can also expect good business after the lockdown and once foreign travel is allowed. As per a report by estate agent Knight Frank, super rich from the world preferred London than any other city for buying homes and spent around $4 billion for acquiring prime properties in London, taking advantage of pound weakness and end of the Brexit confusion.