Chinese business magnate Jack Ma finally reappeared in the public eye on Wednesday, January 19, after months of speculation about him missing since slamming the Chinese government back in October.

A clip* of Mr Ma delivering a speech at the online Rural Teacher Initiative event has made its way on to social media, and Chinese media outlets are sharing this forward as a confirmation about him not having disappeared.

Following his reported reemergence, stocks of Alibaba Group (NYSE:BABA, BABA:US) jumped over three per cent to close at US$ 251.6 on Wednesday.

While many continue to debate about the authenticity of this video clip, a spokesperson for the Jack Ma Foundation has reportedly confirmed that the Alibaba and Ant Group founder had taken part in the social welfare event via video conference. 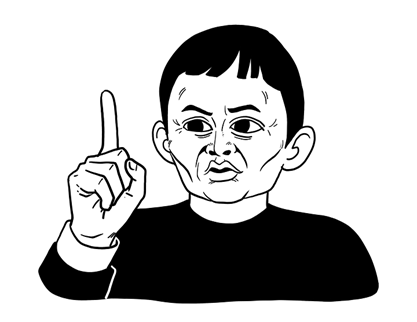 The Rural Teacher Initiative event is usually known to be held in southern Hainan’s Sanya, but was made into an online conference this year due to Covid-19.

Once an English teacher himself, Mr Ma is seen delivering a speech in Chinese in the in the clip that’s currently making rounds on the internet.

There had been a swirl of speculation about Jack Ma’s whereabouts since the teacher-turned-entrepreneur disappeared from the public eye following his last tweet in October 2020. One of Asia’s richest persons, Mr Ma is known for not being on the sweetest of terms with this country’s Communist government. So when his so-called disappearance came on the heels of him dissing the government at an event in October, reports quickly linked the two events.

Earlier in January, there were also some speculation about the Chinese government looking at nationalizing Mr Ma’s tech companies, Alibaba Group and Ant Group.

* The authenticity of the video clip circulating on social media and other platforms has not been verified by Kalkine Media.

Why are cryptocurrencies tumbling after a stellar run?

The Buzzing Trends: Is BizPay planning to go public in 2021?

The Early Trades: Can Woolworths Group strengthen its partnership with Quantium?

Are bitcoin bears gaining strength or bulls retreating to take a leap?