Prime Minister Scott Morrison’s proposed scheme to improve the housing market conditions in Australia seems to have fallen flat among experts. PM’s Super Home Buyer Scheme will allow Australians to utilise their super funds to pay for a house in the early stages of their life. The scheme has been met with high criticism among experts, with many believing that it would further inflate housing prices.

Australia’s property market became increasingly inaccessible for first-time home buyers during the pandemic. Prices have risen across all states, with Sydney and Melbourne showing some slowdown in the past few months. However, despite a small dip in housing prices, the market largely remains unaffordable. The underlying issue of inadequate housing supply is likely to keep the prices high for some more time to come.

With the federal elections around the corner, the Coalition and Labor have both placed the housing prices issue at the centre of their campaign. Both parties are coming up with promising solutions to the housing problem. However, the Coalition’s latest Scheme has caused much stir among market analysts.

DO NOT MISS: RBA minutes: What is central bank’s stance on future interest rate hikes?

Why is the Scheme under fire?

PM Morrison announced the plan during the Coalition’s formal campaign launch. Under the Super Home Buyer Scheme, first home buyers would be able to withdraw as much as AU$50,000 from their superannuation funds to put in a deposit towards buying a house. The policy is expected to deplete people’s retirement funds and further push up the housing demand in the market.

Critics suggest that bringing super money into the housing market would inflate the existing fire in the property market rather than dousing it. Super funds are likely to charge up the existing housing prices and create an unfavourable environment for first-time homebuyers. Fears loom that most first-time homebuyers would be locked out of the housing market, while many others might have to take on hefty mortgage loans to finance their dream house.

Additionally, at a time when the housing supply faces tight conditions, any rise in housing demand would only be detrimental to the overall market. Construction costs have reached an all-time high due to global factors, further declining the prospects of a revival of the housing supply. The remaining criticism stems from the fact that the scheme would eventually be met with higher taxes in the future.

ALSO READ: How deep is Australia's rental crisis? Will it have an impact on elections?

Can Australians afford to dig into their super funds?

Citing ABS data, CoreLogic recently stated that the median superannuation balance in the country was about AU$55,000 in June 2020. For those aged between 25 and 34 years, the balance was even lesser at AU$25,000. It is important to note that most of the first-time homebuyers belong to the same age group of 25 to 34 years.

The scheme allows individuals to access 40% of their super funds to put in a deposit. For a median super balance of AU$25,000, a 40% deposit would mean AU$10,000 worth of super funds being taken out. This is a sizeable chunk of superannuation funds for young Australians, which might take a long time to recover.

Some experts believe that the scheme would foster the practice of spending more than an average Australian can afford to spend in the present environment. History has shown that whenever the housing market has been flooded with more money than Australians can afford to spend, prices have gone up. Suddenly unlocking a large chunk of money would mean individuals are biting off much more than they can chew. 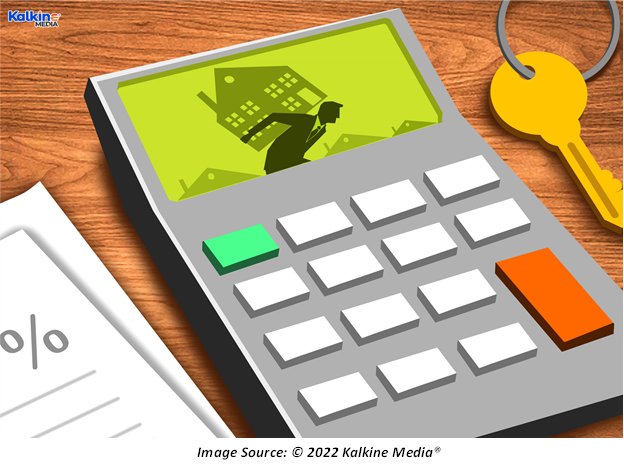 Meanwhile, Labor has introduced its own housing Scheme, dubbed as a shared equity scheme, under which it aims to become an equity partner in 10,000 homes a year. Labor has promised to contribute up to 40% of the cost of a new home and 30% for an existing home. However, the scheme is for individuals and couples earning less than AU$90,000 a year and AU$120,000 a year, respectively.

Labor’s scheme has been hailed as a much more generous arrangement than the Coalition’s scheme, though its scope is limited to only 10,000 recipients. However, Labor’s scheme has also been criticised on the grounds that it would push up property prices further. It is safe to say that both parties are doing their best to give homebuyers a leg to stand on. However, the housing unaffordability crisis will not be resolved until the main issue of a lack of adequate housing supply is tackled.

ALSO READ: How do US inflation figures impact Australians?