The to-do list is also said to contain climate change-oriented plans such as rejoining the 2015 Paris Agreement, which Trump had quit during his regime, and announcing the dates of Leaders' Climate Summit hosted by the US.

Following the news, TC Energy’s stocks started trending on the North American markets. The shares had marginally risen by one per cent by Friday’s market close.

A Little About the Keystone XL Pipeline

Proposed for the first time around 2008, the Alberta government-supported Keystone XL oil pipeline is the fourth phase of Keystone Pipeline System, connecting Canada and the United States. The XL proposed network begins in Alberta and plans to run though Montana and South Dakota in the US to Nebraska, where it would be linked to existing Keystone pipelines. TC Energy had planned to complete the XL pipeline by 2023 and then use it to transport up to 830,000 additional barrels of diluted bitumen per day from the oilsands in Alberta to the refineries in US Gulf Coast.

The project, however, faced tremendous protests over the last 12 years from environment activists for the pipeline’s impact on climate change. 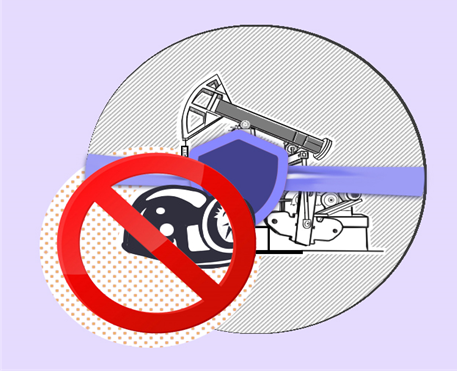 In the wake of the rising opposition, former US President Barrack Obama shelved the project in 2015 with the opinion that it wouldn’t be in the US’ best interests.

But around the time of the 2016 US presidential elections, Keystone XL pipeline became a hot topic of debate again. Donald Trump, a vocal advocate of fossil fuels energy, promised to revive the project during his 2016 election campaign. After taking office, Trump signed an EO in January 2017 aimed at reviving the project.

In March 2017, TC Energy’s reapplication the project’s expansion was greenlit by the US State Department on the views that the Keystone XL pipeline was in the country’s national interest.

The pipeline’s construction is currently underway in Canada and heading for the border into the US, but its progress now faces challenges.

Democrat Joe Biden has been a vocal supporter of environment friendly renewable energy source and during the 2020 presidential campaign. He promised to rescind Keystone XL pipeline’s permits if elected to the White House.

Hence, the controversial cross-border project’s cancellation being near the top of the president-elect’s agenda does not come as a shock to many.

The latest transition documents reportedly suggest the incoming Biden administration is not fully convinced about the benefits of importing fossil fuel energy from an ally such as Canada, with whom it shares climate change goals.

However, reports claim that Canadian government officials have not yet given up on the possibility of being able to change the incoming Biden administration's mind.

Meanwhile, TC Energy Corporation announced on Sunday that it plans to power the Keystone XL pipeline completely by renewable energy and achieve net zero emissions across its operations once it comes into service.

Whether this commitment to the cause of climate change will help TC Energy save the Keystone XL pipeline can only be known after Biden takes office on Wednesday.