As countries across the globe are moving to the next phase in the pandemic recovery, China’s economy has gone full circle as the government has initiated country-wide lockdowns again. Rising COVID cases in the country have prompted a strict response from authorities, who are displaying zero tolerance. Consequently, the Chinese economy is once again in a state of peril, with businesses being shut down.

The Chinese economy has also stood out in its monetary policy measures, primarily because the country has a completely different policy set-up than most other nations. Its self-oriented monetary policy does not resonate with the measures taken by most modern nations. The Asian superpower has decided to lower its interest rates in a global scenario where monetary tightening is being increasingly adopted.

Given the immense impact of the lockdowns on local businesses, China’s central bank recently decreased its benchmark lending rate for the second time this year in May.

The central bank’s decision to decrease interest rates stems from a dire need to revive the Chinese economy. The pandemic-related slowdown in the country’s economy has already begun to show an impact on other parts of the world, with some of the biggest international companies experiencing a delay in processing their orders. Thus, China’s economic damage is spreading across the world and soon needs to be corrected to sustain global economic growth.

INTERESTING READ: How do high interest rates bring down inflation?

China’s current state is much like the initial days of the pandemic seen by most countries. Retail and factory activity in China has declined in April due to lockdowns. Supply chain disruptions, which had already hurt international trade, became more pronounced after China initiated lockdowns. 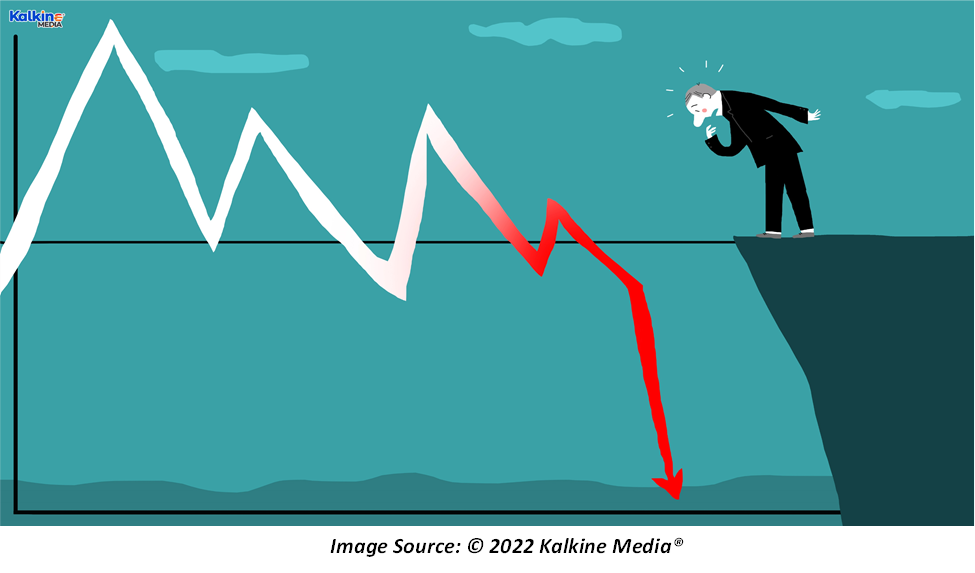 The National Bureau of Statistics (NBS) reported that China’s retail sales fell 11% compared to a year ago in April. This marks the biggest contraction since March 2020. Additionally, factory production fell 2.9% compared to a year ago, depicting the largest decline since February 2020. The ongoing stoppage has incited a worrisome response from experts, who believe that China’s present scenario might be worse than the initial wave.

Smartphone shipments from China have also dropped over the past year. Moreover, China’s stock markets are locked in a whirlwind of turmoil as companies report losses and shipment delays. This has led many analysts to suspect that recovery to the pre-pandemic state would be extremely hard for the Chinese economy.

DO NOT MISS: Nervous about China? Explore these five emerging markets in 2022

The Central Bank of China has initially announced an interest rate cut to 4.4% for new mortgages, down from 4.6%. With the second rate cut in May, the five-year loan prime rate (LPR) now stands at 4.45%, while the one-year LPR remains unchanged at 3.7%.

The move has been taken to strengthen the housing market and push through the decelerating headwinds. Managing lower interest rates in a high interest rate environment can be challenging.

Experts at the Bank of China have suggested that rate hikes by the US Federal Reserve are likely to show an impact on China’s low interest rate setup. Higher interest rates in the US could fetch higher capital to the country and make China a less incentivising opportunity for investors. Consequently, foreign capital inflows could suffer, and the appreciation of the renminbi could be interrupted.

However, the Fed has increased its rate hike pace and is likely to maintain an aggressive approach to monetary policy tightening. Experts suggest that rapid and drastic rate hikes can reduce the risk appetite in the market, causing further reductions in the capital flowing into China. With these developments in the backdrop, the renminbi exchange rate could face greater pressure.

The NBS believes that lockdowns can be highly detrimental to the Chinese economy, even though the resulting slowdown may be short-lived. The central bank is focusing on housing, which is a key sector of the Chinese economy. However, any rises in borrowing are likely to show minimal impact as long as lockdowns are in place.

The present scenario is not an unprecedented occurrence, and the interest rate gap between China and the US has persisted for some time. If China continues its monetary easing streak, the gap could widen further. Overall, analysts suggest that the economy might not head towards normalcy very soon.

DO NOT MISS: Why is China banning Foreign Personal Computers?