Why Have Holiday Bookings Suddenly Surged?

PM Boris Johnson’s announcement of the exit plan from lockdown led to a spike in holiday bookings. Johnson announced on Monday that the international travel ban might be lifted post 17 May, after ministers review how travel, both inbound and outbound could begin safely.

Following this, airlines and travel companies saw a huge jump in holiday bookings, including the travel to Greece and Spain. The coronavirus pandemic has battered the travel and tourism business and aviation. Travel restrictions and lockdowns have made flying an unattractive proposition for most companies.

Also read: Impact of Coronavirus:  Travel and Tourism Industry on A Slow Path to Recovery

But as the administration is betting big on a successful vaccination drive to get the economy back on track, positive sentiments of resumption of economic activities might start picking up. International Consolidated Airlines Group (LON: IAG) gained nearly 2 per cent. EasyJet Plc (LON: EZJ) gained over 4 per cent, and Tui Ag (LON: TUI) gained around 3 per cent, extending their gains for the second day on Tuesday in London.

EasyJet reported that flight bookings saw a 337 per cent jump, and demand for package holiday tours was up 630 per cent, compared to a week ago. The most preferred destinations were Malaga, Alicante and Palma in Spain, Faro in Portugal, and the Greek Island of Crete.  Hotels have also made considerable gains, post Johnson’s announcement.

EasyJet CEO Johan Lundgren said that the pent-up demand for tourism was there and the jump in bookings indicate that the government’s plans to resume travel was what consumers were looking for. Tui said that bookings were up 500 per cent and Greece, Spain and Turkey were the most favoured destinations for holidays from July onwards. 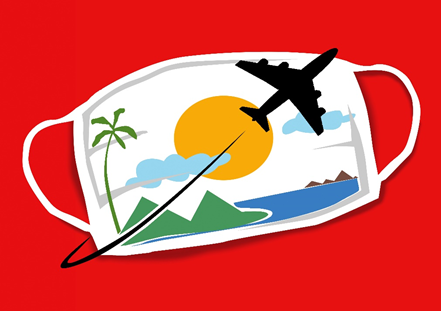 Thomas Cook too reported an increase in bookings. The company said bookings increased threefold from day before and traffic to its website increased by 75 per cent on Monday. The most favoured destination for the website was Turkey, followed by Greece and Cyprus. The website also recorded bookings to Dominican Republic and Mexico. The company also saw bookings being made for 2022 as well.

The government had said that a task force on travel would hand over its report on April 12 recommending how to resume international travel. Tui also said customers with scheduled travels between May 17 and June-end could postpone the bookings, if required, without any cancellation fees.

The travel and tourism sector in the last few months has seen several restrictions, like visitors from specific continents being banned, test requirements and quarantine hotels. Removing all the curbs would entail careful screening. The government had also said on Monday that removing of travel restrictions would largely depend on vaccine rollout in both the UK and globally, location of the new variants of the virus, and death rates and hospital availabilities.

Some experts have, however, pointed out that the announcements had no takeaways for domestic accommodation providers since there was no sign of normalcy to return by the Easter break. They said that for a lot of families, Easter break provides a cheaper travel option than the summer break.