Several leading American airlines have warned of a massive decline in revenue in the latest quarter as the Delta variant wreaked havoc in the economy.

The carriers are witnessing a significant drop in bookings and higher cancellations that negatively impacted income over the past two months. The trend is likely to continue if the Delta threat persists, industry observers say.

Several companies have already lowered their revenue forecast by 24-28 percent in the third quarter of FY 2021 compared to FY 2019.

On Thursday, companies like Delta and United said the slowdown was more prominent in the international segment that contributes the most revenue.

Besides, the European Union’s removal of the US from its safe travel list has added to their woes. The EU has recently asked its member states to regulate all unvaccinated US travelers entering Europe , and it might discourage Americans from planning foreign travel.

How US airlines are coping

Delta Airlines CEO Ed Bastian said that corporate demand for airline services dropped significantly this year compared to what it was in 2019. Bookings fell in July and August, and September outlook doesn’t seem any better, he said. He warned the recovery might take at least three months due to the crisis.

Likewise, United Airlines expects weaker revenue and pretax losses in the third quarter. It expects the losses to continue in the fourth quarter. The carrier has reduced several flights in various sectors.

American Airlines has also experienced a dip in business in August and expects the same in September. The company has lowered its earnings expectations for the third quarter.

Southwest Airlines foresees normal winter holiday bookings in November and December. It said pre-bookings for Thanksgiving, Christmas, and New Year have crossed the pre-pandemic numbers. However, the company expects leisure travel to slow down on the weekends in September and October. 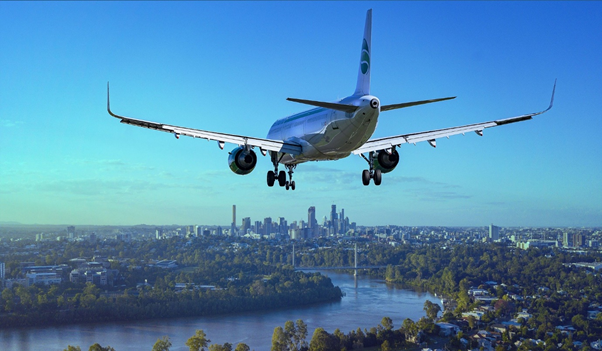 Also read: US inflation rises slowly in July but remains at a 13-year high

Industry experts advised that vaccinations should be made mandatory for all passengers so that people would feel safe when they know the co-passengers were vaccinated and won’t cancel bookings.

However, the administration hasn’t made vaccination mandatory yet for inter-state travel¸ although has made wearing mask compulsory for traveling in buses, airline, and rail.

Air passenger numbers were just 4 percent at the peak of the pandemic in 2020 compared to what they used to be in the pre-Covid-19 period.

However, the airline industry has been recovering since June after vaccinations and economic recovery. The airlines were expecting an increase in passenger numbers in the third quarter, but the Delta variant has played the spoilsport.

Finally, all progress made so far in the fight against the pandemic would come to naught if the spread of the Delta variant is not reined in soon. The airlines industry will fall deeper into a financial quagmire if bookings continue to fall.