Metropolitan cities of Sydney and Melbourne experienced record falls in unit rents, registering a 5.1 per cent dip in the December financial quarter due to travel and immigration restrictions. However, house rents rocketed to record highs in the same quarter.

As demand for CBDs and inner-city suburbia fizzled out drastically, renters had to slash rent prices, which caused one of the most significant gaps between apartment and house rent expenses.

Domain, one of the most popular real estate agencies in Australia, reported that December quarter showed the most significant fall in Sydney unit rent prices since 2004, which was the year when Domain started recording rent value.

According to the Domain report, the average rent price was A$470 per week in Q4, dropping by 5.1 per cent. Compared to the last year, the rent has fallen by 7.8 per cent.

The central, east, and inner-west suburbs were the worst-affected ones as their rental prices plummeted to the lowest in eight years.

The lower north shore (Crows Nest, Artarmon, Chatswood, St Leonards, and others) has had the cheapest rental properties in nine years.

However, Domain Research Analyst Nicola Powell said that the decline in rent prices in Sydney inner-city suburbs was inevitable, as they had started their downward spiral even before the pandemic:

In contrast to Sydney apartments, the rental rates for houses in outer areas of Blue Mountains and Central Coast have been rising during the pandemic by approximately 4.8 per cent, remaining at A$550 weekly.

Rental apartments in Melbourne are a lot more affordable than those in Sydney. For Melburnians, unit rents have plummeted to a 4-year low of $388 a week, declining 7.6 per cent over the year.

However, the house rents in Melbourne climbed to a record high of A$440, a 2.3 per cent surge year-on-year.

DO READ: What’s the reason behind the rally in Perth’s real estate prices?

Due to the current rental situation, Melbourne has become the third most affordable capital city in Australia, the first two being - Adelaide and Perth.

Sydney and Melbourne still face the biggest threat when it comes to unit rents, according to Ms Powell:

Which are the most expensive and most affordable cities in Australia?

According to the report, Canberra takes the throne for having the highest rent prices on the continent. In the December quarter, a weekly rent for a house in Canberra hit A$600 a week (+3.8 per cent compared to last year’s records).

An average unit in Canberra now costs A$494 for weekly rent, up by 3.1 per cent compared to the last year. 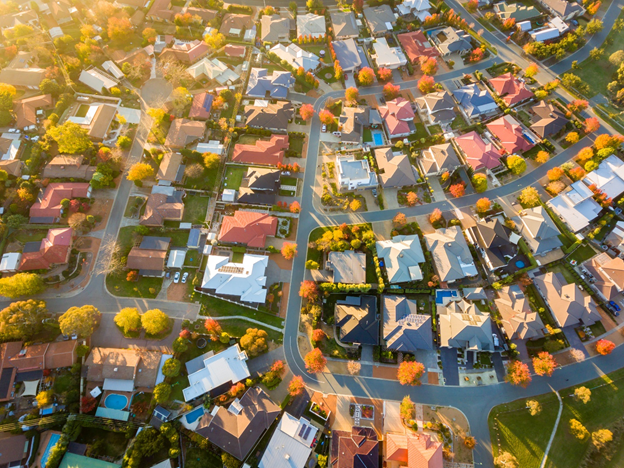 Adelaide is the cheapest capital city in Australia when it comes to rental prices. One could rent a house in Adelaide for A$410 a week (as per the December quarter figures). Whereas renting an average unit in Adelaide costs A$340 a week, up by 7.9 per cent compared to December 2019.