The latest data published by the Office for National Statistics (ONS) revealed that the retail sales in the UK slightly increased for December, though it was still below the expected levels in the Christmas period.

The survey conducted between 29 November 2020 and 2 January 2021 suggested that consumer spending has contributed towards supporting the economy, unlike the retail sales that contracted by 3.8 per cent in November 2020.

According to the retailers, store closures in December have affected the turnover, but this was offset by Christmas purchases through click and collect, and online sales to some extent.

The largest monthly growth of 21.5 per cent in volume and 23.7 per cent in value were witnessed by the clothing retailers in December, which recovered from the 19.6 per cent level reported in November. However, on a Y-o-Y basis, sales in this sector witnessed a drop of 14.2 per cent despite the monthly recovery. 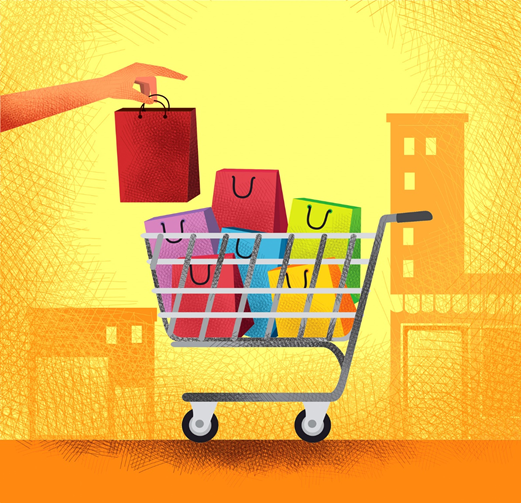 On the other hand, food stores reported a monthly fall of 3.4 per cent in December.

Jonathan Athow, deputy national statistician for economic statistics at ONS, said retail sales in December increased slightly due to an improvement in clothing sales, driven by the easing of some lockdown measures.

Related Read: UK Retail Sales Decline by 3.8 Per Cent in November Due to Lockdown, Restrictions

Talking about the year 2020, the total retail sales were 1.9 per cent down. The retail sector recorded its lowest reading since the measure came into force in 1996, making it the worst year in near history.

Clothing stores: Retail sales in this sub-sector recorded the largest annual fall, witnessing a 25 per cent drop in 12 months getting heavily affected by the restrictions and lockdowns.

Fuel retailers: They recorded a 22.2 per cent fall Y-o-Y because of the travel restrictions in place and work from home guidelines, which in turn reduced the demand for fuel.

Food stores: The sub-sector annual growth was at 4.3 per cent, recording the highest yearly growth since 2001.

Non-store retailers: The sector also reported a record annual growth of 32.0 per cent in 2020.