The UK and EU seem to have reached a suitable Brexit trade and security deal. It was reported that UK PM Boris Johnson held a late-night conference call with his Cabinet and senior ministers on the new Brexit deal. EU negotiators in Brussels have also started coming up with legal trade texts, which indicated that an agreement is in the offing.

A press conference was planned late on Wednesday but was stalled as the deal negotiator still required some more time to clear the details which will include some special provisions for zero tariffs or quotas on all goods. Now, Johnson is expected to address the nation today on this development.

EU commission spokespersons Eric Mamer tweeted that the deal negotiation would continue through the night and hopefully there will be an early start tomorrow. On the other hand, Johnson too informed his Cabinet colleagues and sought their support for the deal.

It’s just a week to for the transition period to end on 31 December, but chaos was clearly evident for the last few days within the business and the government circle.

Though there is no official information on the details, initial reports suggest that the UK had made major concessions on one of the vital points of discord, most likely access to British waters. Though no one has confirmed the development.

Reports are stating that the UK finally agreed that the bloc’s share of the catch in British waters should fall by 25 per cent over a period of five and a half years. Earlier, Britain had sought an 80 per cent reduction in three years. 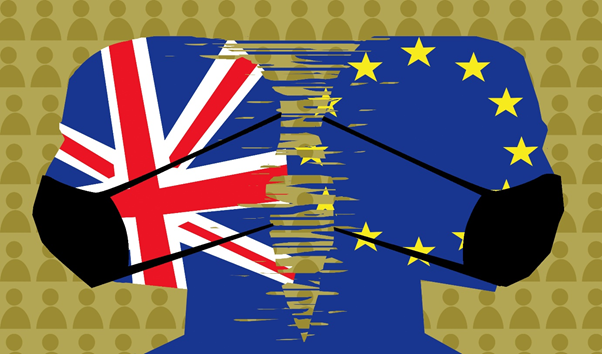 Almost everyone had given up hope on a suitable deal. But things got on track after Johnson and Ursula von der Leyen intervened a few days ago and reached an agreement. It is said that both the leaders had a phone call on Monday that raised the hopes of a possible trade deal.

Reacting to the development, the Pound Sterling made its biggest jump in almost two months, while the stock markets too are likely to mirror similar sentiments.

However, the final deal document would still need to be ratified by Johnson and the EU government as well as parliaments on both sides.