Across the globe, the Covid 19 pandemic was the headwind no economy could escape. However, with vaccinations in place, situations are improving, and there is reason for a positive outlook.

As per the monetary policy decision on 1st June, economic recovery in Australia is better than the projections. The Reserve Bank of Australia looks forward to a 4.75% GDP growth in the new financial year and expects it to be around 3.5% in 2022. However, there is uncertainty hovering around another wave of the pandemic- this may become a roadblock on the path to recovery. Pacing up vaccinations could be the first step to ensure resilience in such a case.

What is the scenario in the Australian job market?

Australia is recovering well with its unemployment levels declining close to the pre-pandemic levels- unemployment dropped by 5.1% in May- this is indicative of the robust recovery registered after the post-pandemic downswings. In addition, underemployment at 7.4% is the lowest since 2014. 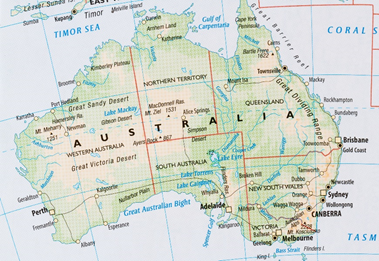 The pandemic brought Australia the first recession in the last 30 years. Satisfied by the kind of rebound, the Fair Works Commission, Australia's independent wage-setting body, scaled up the minimum wages by 2.5% for the new financial year starting July.

Tightening labour market is a situation where there is declining unemployment, but there still are job openings available. Australian economy may have reached pre-pandemic levels of unemployment, but a tight labour market scenario faces it. The result of a tight labour market in Australia is twofold- firstly, the labour shortage will persist till the borders do not open up; secondly, with the limited quantity of labour available, there can be upward pressure on the wages in the economy.

The Australian economy, however, is not seeing the anticipated levels of wage growth. The wages remain moderate because employers are using the wait and ration approach- this is with a hope of a surge in labour availability with the opening up of the borders. Employers prefer to be cautious because offering higher wages may mean an increase in the cost of production and, therefore, a narrower profit margin. The challenge is more prominent for smaller players because big companies can pay higher wages, and as a result, poaching quality human resources is easier for them. Lack of ability to retain workforce adds to the challenges faced by the smaller players- it is a conflicting and mutually dependent situation that is hard to escape in the current scenario.

The government of Australia is bringing about measures to stimulate the economy so that inflation can rise above its current level of 1.1%. The cash rate target has been held at 0.10% since November 2020. The cash rate is the interest rate on unsecured overnight loans between banks. Had the wage hike been triggered by the tightened labour market, it would have been faster for the banks to achieve target inflation range of 2 to 3%. The Reserve Bank governor Philip Lowe has hinted at the lifting of cash rates only by 2024.

Is there a FOMO factor in the housing sector?

The number of house loans in Australia's economy has risen to its most extraordinary level in over two years. Property values are soaring due to low borrowing rates and stimulus measures implemented in response to the coronavirus pandemic. The budget passed last month includes measures that, by themselves, increase housing demand. They included the development of the Family Home Guarantee, under which 10,000 single parents will get a government guarantee of up to 18% of the value of a property over four years, leaving them with a low deposit of 2%. In addition, the government has increased the number of people eligible for the First Home Loan Deposit Scheme- it requires only a 5% deposit from first-time buyers.

Lenders have extended the repayment period. The standard mortgage lasted 25 years, but now borrowers can pay back their loans over 30 years. Buyers who cannot make large payments stand benefitted from this move.

Ushered in by the pandemic, the work-from-home trend is expected to continue. Thus there will be less of a need to live close to work and a greater emphasis on lifestyle, resulting in increased demand for residences in the outskirts, which are generally more inexpensive. It could also mean the transition of office spaces into residential setups, thereby resulting in supply-side expansions. 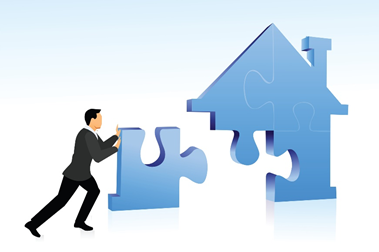 There are a lot of factors stimulating demand in the housing sector. Thus the surge could be a result of the fear of missing out (FOMO). When the government stops its assistance programs and a year or two later when interest rates begin to rise, borrowing costs may be very high, and borrowers would have to dig deep into their pockets to repay their debt.

How smooth will the economic recovery be for Australia?

There is enough reason to be optimistic about the recovery of the Australian economy. The continued bond purchase program continues to keep the yields lower. As a result, funding costs are low in the economy, and similar is the state of the exchange rate- this acts as a stimulus for economic activities in the economy and thus can pave the path towards target inflation levels. The same is the impacts of the various social assistance benefits released by the Australian government since the pandemic hit the economy.

Amidst the recovery, the manufacturing sector surged at a record pace in May. On a seasonally adjusted basis, the manufacturing purchasing managers index, or PMI, compiled by IHS Markit, a financial data company, rose to 60.4 in May from 59.7 in April.

According to CoreLogic data, house prices jumped 2.2% in May over the previous month. The price of a home increased by 1.8% in April. Home prices have risen in 97% of the more than 300 sub-regions tracked by CoreLogic in the last three months due to rising costs. With the central bank's decision to collapse interest rates and practice quantitative easing to protect the economy from the pandemic, Australian lenders offer interest rates below 2%. These policies, along with other government schemes, has encouraged home buyers to take on a mortgage. 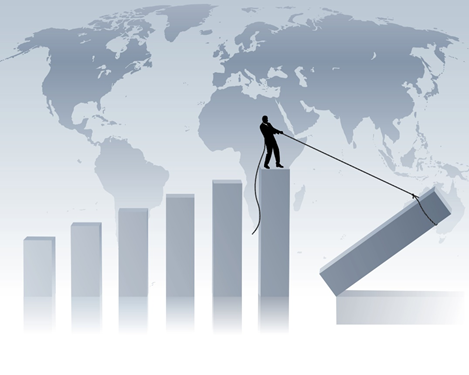 Under the proposed credit reforms, the repeal of responsible lending obligations (RLOs) would reduce the prescription of the principles and obligations and ensure easy credit availability for consumers.

The paradigm shifts induced by the covid 19 virus has left economies planning strategically for problem-solving while simultaneously being ready for shocks.