Canada has responded to rising house prices, introducing a ban on foreign investors from buying homes in the country. The two-year ban has been announced to ease the unaffordability constraints faced by domestic residents. However, the latest move by the government has fuelled a debate on whether such radical measures can be adopted to control housing inflation.

Canada has faced a swift rise in housing prices and rental rates in recent years. The ban aims to cool the housing market and would prohibit foreign home buying and increase taxes for people who sell their homes within a year. Nevertheless, exceptions have been made for permanent residents and foreign students. The move, announced as a part of the federal budget, is accompanied by other significant measures, including building new houses.

The latest ban on foreign homebuyers in Canada has sparked debates around whether a similar move should be taken by Australia. Much like Canada, Australia has been facing affordability constraints in its housing market, with first-time homebuyers being pushed out of the market. This has created immense pressure on the present government to act in favour of those who are still not able to enter the market.

The prime criticism accompanying the announced ban is that it could discourage foreign capital inflow into Canada. While the ban carries some advantages and disadvantages, the government has decided to solely focus on how it would impact domestic citizens.

Some experts believe that the ban might fail to serve its purpose and fall flat even with the right intent. For instance, permanent residents, foreign workers, and students are still exempted from the ban. These factors could weaken the ban’s impact and result in a further rise in prices, as seen earlier.

Meanwhile, the ban might not be able to deal with the issue of foreign capital, which appears crucial for the Canadian economy. Over the years, the Canadian real estate market has grown tremendously on the back of globalisation. On the contrary, the Australian property market has been red hot even in the absence of foreign travellers during lockdowns. However, one cannot neglect that the Australian real estate market is heavily influenced by foreign immigrants.

While house price inflation is evident in Australia, the Reserve Bank of Australia (RBA) has been tiptoeing around the decision of an interest rate hike. Though there is no official confirmation around a sooner rate hike, markets have sensed reduced reluctance of the RBA regarding a surge in the cash rate.

Australia has seen a prolonged spell of near-zero interest rates, potentially due to the central bank’s intention to allow the property market to cool on its own. Essentially, this strategy of stalling home prices has proven to be effective in Australia’s case as a gradual decline in prices is visible. The Australian cities - Sydney and Melbourne - have been the first ones to observe prices tipping from their peaks. However, affordability concerns are still looming due to the disappointingly low wages growth rate. 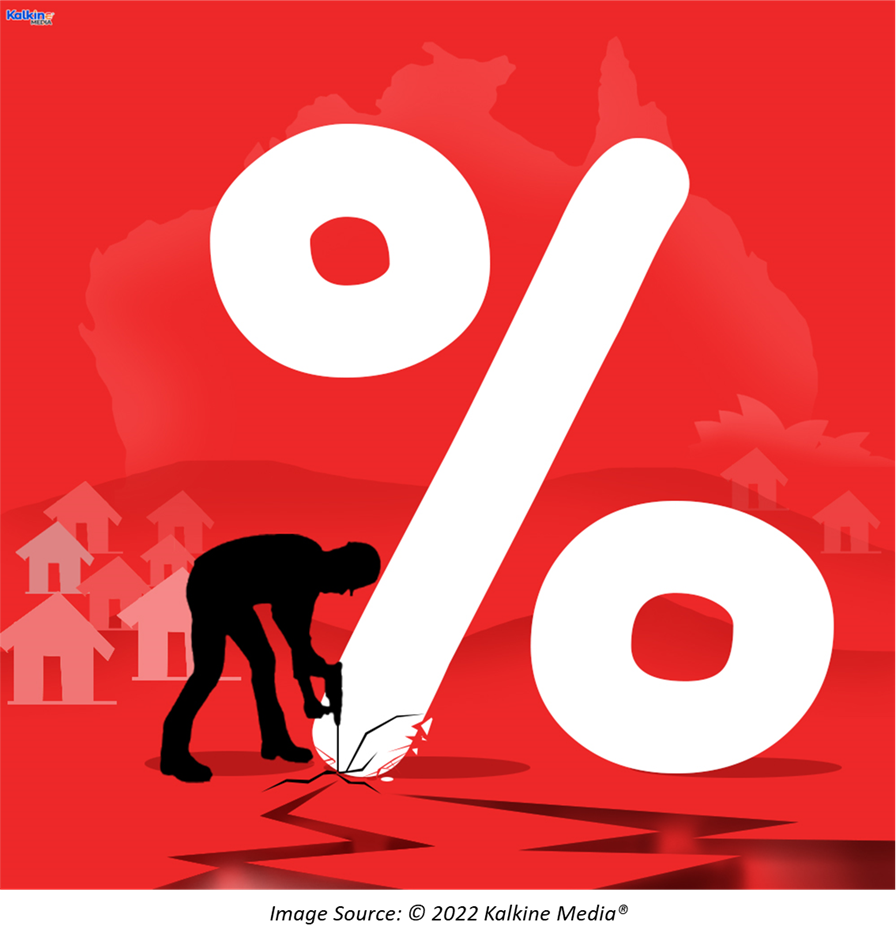 Some experts even suggest that Canada should have taken a cue from Australia instead of adopting the bold move of banning foreigners from buying a house. While rising prices have made it harder for many people to own a house in Australia, the real estate boom has helped stir the economy while allowing many sellers to generate substantial profits.

Interestingly, a report by the National Australia Bank Limited (ASX:NAB) suggests that foreign buyers only accounted for 4.6% of the total share of buyers in the property market in the fourth quarter of 2021. The surprisingly low ratio points to the fact that a ban similar to Canada might not be as effective in Australia.

At present, the problems facing the Australian real estate market include an insufficient housing supply and the emergence of a housing price bubble. Speculations are rife that housing prices inflation might cool down in Australia as soon as interest rates are raised.

INTERESTING READ: Will the Australian unemployment rate fall below 4% in 2022?