Brent crude crossed $50 a barrel last week for the first time since March this year, signalling hopes of the long-awaited rise in oil demand. The global oil industry faced a deep slump for months after the outburst of the pandemic.

Demand for fuel is bouncing gradually in Europe as the second wave of lockdowns are easing. Moreover, the Asian continent is also pulling in large volumes of crude, driven by Indian and Chinese refiners acquiring more fuel. However, US, the biggest consumer of oil in the world, is still grappling with an increasing number of coronavirus cases.

Apart from the demand push, financial flows are also driving the price rally. As the world is expecting to see the airline sector recover sharply next year, crude, the main raw material for the travel sector, seems to be attracting investors, said market experts. Additionally, with vaccines rolling out slowly across various countries one by one, investors would be returning back to the oil sector and prices could firm up further in times to come, they explained. 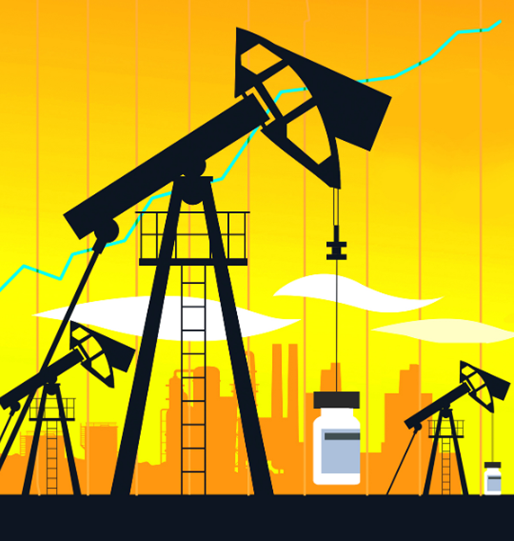 The UK saw the rollout of a Covid-19 vaccine last week. At the Brexit front, the extension of talks have eased the jitters of domestic businessmen, at least for now. These factors added to strengthening the Brent crude futures for February, which rose by 1.3 per cent to $50.64 during the Monday by 0730 GMT. The US west Texas intermediate crude futures jumped by 62 cents at USD 47.19 per barrel.

Further, the US and Canada are expected to start inoculations this week itself. This is also likely to give an impetus to oil demand.

India, the biggest refiner in the Asian region said that it was operating at full capacity at all of its 9 units for the first time since the beginning of this year. Moreover, the gasoline consumption has already reached its pre-corona levels in Japan and China.

It is to be noted that the oil prices, mainly Brent and WTI have sustained gains consecutively for six weeks now. It was the longest stretch of price rise since June this year.

Apart from the positive sentiments supported by the rollout of the vaccine, the OPEC+ (Petroleum Exporting Countries along with its allies including Russia) meeting has extended cuts by up to six months during its last meet in November this year, which would further streamline the current demand-supply imbalance. The next meeting of OPEC+ next meeting is due on January 4 to analyse the impact of the latest decision to check the oil production rises to 500,000 barrels per day beginning next year.

At the same time, experts indicated that $50 a barrel could be the Brent oil’s ceiling for the time being. The reason is that the ongoing price rally could tempt producers to raise supplies once again. If media reports are to be believed, there are already tensions among the OPEC+ members to overrule the self-imposed supply limit.