Is There Any Steam Left In The Retail Sector Amid Upcoming Easter Weekend?

When things have started to look upbeat, Australia can feel a dent in the economic recovery process. Australian Bureau of Statistics on Thursday released the latest data, which highlighted a 0.8 per cent fall in retail sales in February on a seasonally adjusted basis.

Significantly, coronavirus lockdown in Victoria and Western Australia during February dampened the pace of economic growth and weakened sales figures.

Meanwhile, Australian turnover improved by more than 9 per cent in February 2021 over the previous corresponding period.

However, despite the less than anticipated retail sales, the ASX 200 index rose 38 points to 6828.70 on 1 April 2021. The market seems to be pinning hopes on vaccination rollouts, with miners on the stock exchange carrying the day. 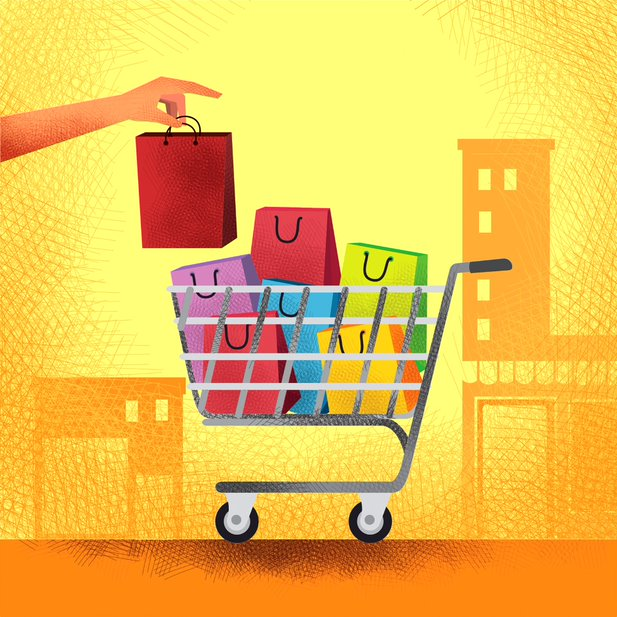 While the stock price of Woolworths Group Limited (ASX: WOW) was up 0.12 per cent, Wesfarmers Limited (ASX: WES) saw the share price edging up by 0.66 per cent. At the same time, JB HI-FI Limited (ASX: JBH) shares slipped by 1.49 per cent.

The highest drop in retail segment was witnessed across food retailing which dwindled 3 per cent in February on seasonally adjusted terms. Significantly, liquor retailing, specialised food retailing and supermarkets and grocery stores saw a drop in their respective sales.

On the other hand, the increase in electronics, furniture and textile goods sales more than offset the sales dip in hardware, building and garden supplies as household goods retailing rose 0.7 per cent in February.

Furthermore, clothing, footwear and personal accessory retailing also marked an uptick of 1.6 per cent in February (AUD 38.4 million) over the last month. Besides, department stores, cafes, restaurants and food retailing saw their sales rising in February. 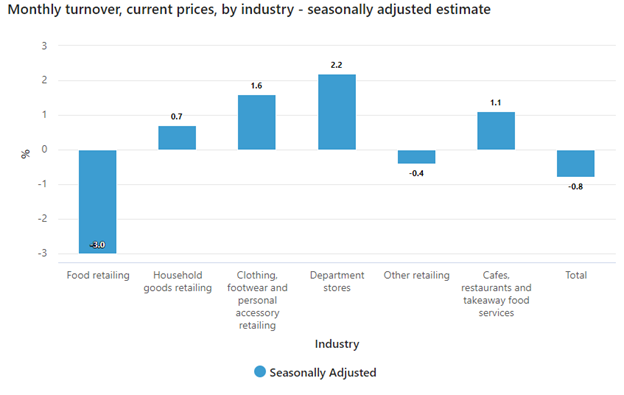 What can be expected in the Months to Come?

Brisbane lockdown sent worrisome signals to the retailers, who had to lower their sales expectation over the consumers’ growing fear of infection.

Retail players can see a potential decline in consumers activities in the months ahead as Morrison’s Government Jobkeeper scheme ended on 28 March 2021. The wage subsidy has not only kept the businesses afloat during the critical period but also motivated consumer spending amid the volatile scenario. The increased uncertainty prevails concerning retail sales without the necessary government backing.

On a positive note, the country’s job scenario is improving, with the unemployment rate decreasing by 5.8 per cent in February (in seasonally adjusted terms) as indicated by the latest ABS figures.

Furthermore, the upcoming Easter weekend can prove to be a significant boost to retail sales. The ongoing vaccination rollout and the increased adoption of online retail trade continue to remain a silver lining for both retailers and the economic recovery.