Just as some level of stability was beginning to seep into global economies after the pandemic, nations are once again facing tougher challenges amidst the Russia-Ukraine war.

For an average consumer, the events escalating in Ukraine might have more of a psychological blow than a direct impact on expenses. However, the deep-rooted impact of the Russian invasion of Ukraine is most likely to be felt more intensely in the coming weeks. The economic impacts are expected to potentially run down to the grassroot level and affect the budget of average consumers.

MUST READ: Russia-Ukraine conflict: What is happening with wheat prices?

While share markets and currency markets have felt a quick impact, the overall economic adversity might take some time to unfold. Some economic impact is visible in supply-chain disruptions, which could exacerbate in the current conditions.

More worrying is the fact that the extent of these damages cannot be determined just yet. For now, it is crucial to examine the industries that have been affected and figure out alternative sources to meet the requirement of these industries.

Here is a look at some of the ways in which the Russia—Ukraine war could weigh on Australian consumers’ wallets and affect their consumption pattern.

One of the most volatile commodities is oil, which is under special focus amidst the war as Russia is a key oil supplier for the world. Experts suggest that Russian sanctions would be more harmful than beneficial for Australia, with higher fuel prices potentially weighing on consumers heavily.

Though Australia is not heavily dependent on Russian imports, many indirect channels could affect consumer prices domestically. Most importantly, supply-side disruptions are likely to be a key factor affecting prices.

Currently, Russian oil tankers are unable to find buyers in Europe due to the self-sanctioning by countries. While Australian oil imports come from Asia, the delays across Europe might be felt in the country too, in terms of higher prices.

As Oil & Wheat Prices Go Up, Most Global Markets Toppled

Perhaps a more worrying outcome of the Russia-Ukraine war is the direct impact on wheat prices, which is a crucial staple commodity for Australia. Wheat prices rose to 14-year highs following the escalation of events in Ukraine. Both Russia and Ukraine account for less than a third of the global wheat supply and one-fifth of the global corn exports.

High wheat prices have affected several countries, including the US, Canada, Argentina, Kazakhstan, and Australia. Facing higher costs, buyers seem to have few options other than to accept ongoing rates. Moreover, wheat is a commodity of prime importance for households, and the ongoing surge in prices could reduce food security for many individuals. This could further push inflation higher.

DO NOT MISS: Netflix, TikTok shut down operations in Russia to avoid crackdown

Other key resources that are derived from Russia and Ukraine are palladium and neon, which are crucial in the manufacturing of semiconductor chips. The semiconductor market is already undergoing a shortage, which was widely felt during the pandemic. The key components imported from Russia and Ukraine are essential for automobile, mobile phone and electronic industries.

If the war lingers on for long, an already battered supply of semiconductor chips could be reduced, causing prices of automobiles and related industries to rise. Thus, electronic sectors in countries across the globe might be affected due to these issues. A similar outcome was experienced in 2014-15 when Russia and Ukraine were at loggerheads, and neon prices multiplied in a short span.

The breakdown of supply chains could also impact the Australian metals sector. Russia is the fourth-largest producer of steel in the world, and growing political tensions have raised flags for the metal-indulgent sectors. 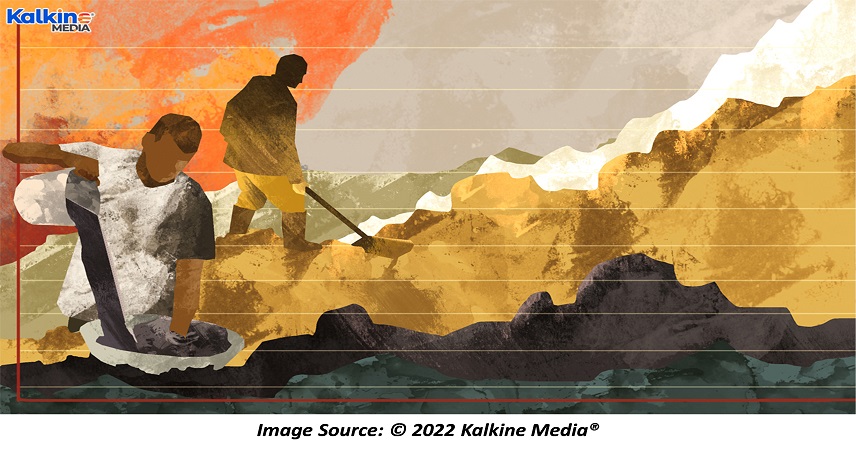 Construction in Australia, which is already undergoing a slowdown, could see rising prices of metals due to supply-side shortages. Rising prices would also mean that the real estate sector might take some more time to cool down fully. Australia is a key coal exporter, which is used in the manufacturing of steel. As global steel demand dampens, the requirement of coal as a raw material could decline too. Thus, Australian coal exports could be under threat from the slowdown in steel demand.