How much Australian property prices can fall if rates keep rising?

The central bank is tightening monetary policy in hopes of bringing down elevated inflation and creating stability in the property market. Property prices in Australia had skyrocketed during the pandemic, as interest rates remained at record-low levels. With the latest interest rate hikes, the costs of borrowing have increased, making mortgage financing an expensive choice for Aussies.

Historical evidence suggests that higher interest rates are synonymous with declining property prices. Thus, the central bank has resorted to a higher cash rate to combat high prices. The RBA had warned that rising rates could prompt property prices to decline by as much as 15% in two years.

With more hikes to come, price declines could become more pronounced in the coming months. This has posed new problems for sellers as auction clearance rates have also plunged over the last few months.

ALSO READ: What another 50bps hike in interest rate means for mortgage holders?

Experts suggest that a larger-than-expected rate hike by the central bank can create a shock-like scenario in the economy. The big four banks had expected a cash rate hike ranging between 0.25% to 0.40% in the June meeting. However, the RBA beat these expectations and raised rates by 0.50%.

Consequently, commercial banks are expected to pass on the higher rates to consumers. The full pass-on effect is likely to become more visible in the coming months. It is worth noting that property prices started dropping weeks before the actual rate hike was announced in May. 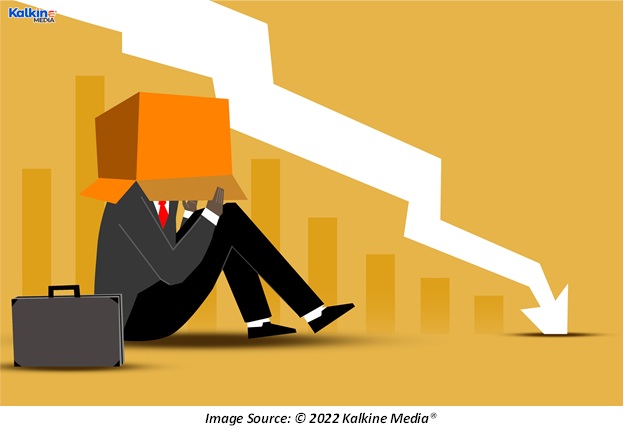 The central bank wants to return the cash rate to a more consistent level amidst current market conditions. The RBA Governor earlier flagged that the RBA central bank wanted to return the interest rate to a “more normal level”, which is anticipated to be about 2.5%. This rise in rates could flow through to the market quickly by restricting the borrowing capacity of buyers.

With the central bank raising interest rates, concerns around recession have taken centre stage. As per the Commonwealth Bank of Australia (ASX:CBA), the current aggressive monetary policy tightening could weigh heavily on the Australian economy. This could force the RBA to reverse course and slash interest rates in the second half of 2023.

The next big issue facing Australian customers is the slow income growth compared to the sharply rising prices. The dismal rate of wage growth has been a longstanding issue in Australia, especially as the rising cost of living weighs on households.

Buyers have decided to watch from the sidelines as affordability concerns rise. Many buyers have decided to hold off their decision to buy a home in the present climate. This large downturn in buyer demand has fuelled expectations of a 10-15% drop in prices in the housing market.

While some buyers could find it easier to put a deposit once prices decline, many first-time buyers could see their property losing value drastically. Over the past two years, many Australians have entered the mortgage market as record-low interest rates appeared highly incentivising. However, as the fixed-term period on most of these loans is nearing an end, these borrowers would be forced to pay higher variable rates.

These borrowers are facing harsh conditions as the property for which they had paid painfully high prices are now worth much less than before. More concerning are the high monthly repayments that must be paid on these properties.

Despite slowing momentum in the housing market, individual houses still have a higher demand than units. As Australians have grown to favour larger spaces during the pandemic, housing demand has remained highly buoyant. However, this trend may reverse as more individuals return to offices, and the work-from-home culture recedes.

Some experts believe that the price slump is largely caused by inflationary pressures rather than the RBA’s rate hike. Additionally, a further drop in demand could be underway as more buyers grow cautious of a price hike.