The year 2021 may not pave as tumultuous a journey for housing prices as 2020. The Australian housing market experienced severe blows in the first half of the pandemic due to job loss and lack of adequate immigrants. Due to the demand shock to the housing sector, property prices remained volatile and dipped to unforeseen levels across various cities. 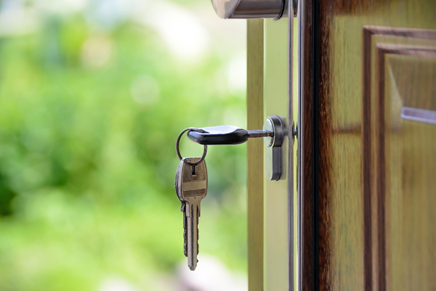 However, some regional cities experienced a surge in demand as people shifted closer to home while working remotely. Thus, the state of the housing sector varied across cities and price changes remained uneven.

Economy recovery scenario started to take shape as unemployment figures improved and demand expanded post lockdown restrictions eases. The consequence of this improvement was the domino effect it had on other sectors, including real estate. Main cities like Perth, Sydney and Canberra saw increased demand for property as restrictions eased.

During the same period, commitments for the construction of new dwellings rose by 10.9%. According to ABS, this was the largest contributor to the rise in owner occupier home loan commitments. Construction loan commitments increased by a massive 65.6% since July, backed by the Government’s HomeBuilder grant offered in response to Covid-19.

Besides, property prices marked an uptick of 0.8% in September quarter, according to ABS data, with all capital cities (except Melbourne) recording price rise. Notably, auction clearance rates, new lending commitments to households, and sales scenario all improved during the quarter.

These positive figures led to sellers running out of listings in the month of December 2020. Sales were seen to skyrocket during the festive season as many people were looking to spend during this time. Consequently, the number of listings fell during December as was witnessed in 2020 as well.

Activity in the housing sector remained rigorous till the very end of the month. This was likely due to the easing of restrictions that had prevented housing inspections all through 2020. A surge in housing demand ticked off a major roadblock for the real estate market that had seen multiple sellers with available listings in the first half of 2020.

The RBA’s policy to lower interest rates has been a cog in the wheel supporting this historic recovery. The RBA started lowering interest rates in 2019, before the pandemic took its toll on the Australian economy.

Lower interest rates have likely affected the demand for property and other long-term investments in the country. Interest rates are expected to remain lowere for another 2-3 years till the inflation target set by the RBA is achieved.

The certainty of interest rates remaining low remains unmatched by other demand boosting factors like the HomeBuilder grant and the JobKeeper initiative by the government. Both these policies are slated to come to an end soon, with JobKeeper announced to end in March this year. This might be a game changer for the current demand-fueled developments seen in different sectors.

IN CASE YOU MISSED: What will Australia’s housing prices look like in 2021?

How Long Will the Positive Effects Last?

Many expect that the housing sector growth would continue despite the end government benefits. The future growth of the real estate sector seems to be largely dependent on the low interest rates.

Increased consumer confidence has also helped pave the way for sectoral improvement. Most people are expected to shift further to regional areas, and thus, they would have to sell off their properties in main cities.

The major challenge that remains for the housing sector is the lack of immigrants. Melbourne is expected to be hit the hardest by the unavailability of immigrant students. Sydney is also expected to face the brunt of lower immigrants in the coming months as international borders have not yet opened.

Expectations remain mixed as Westpac predicts that housing prices would rise by 4% in 2021, but this growth is expected to be decreased by inner-city apartments. On the brighter side, Westpac estimates remain positive for Brisbane and Perth which may see a growth of 8% in 2021. Adelaide and Hobart are also predicted to show a housing price increase of 5% in 2022.