The Australian property crisis seems to have worsened with time, with house hunters increasingly moving away from their dream of owning a house. Amidst elevated house prices, many homebuyers are facing difficulty in financing their ideal properties, having little choice other than renting a house. However, with rental rates reaching new highs, many Aussies are being forced out of the rental market.

Meanwhile, homeownership has become a distant reality for those working on minimum wages, and things are even worse for unemployed individuals. Many low-income workers have had to make drastic last-minute changes over the past few months, as their existing housing conditions have become unaffordable. Matters have gone out of hand for the proportion of the population relying on Centrelink payments, disability pension or Youth Allowance.

The present housing crisis has built upon different factors shaping up in the property market. The unaffordability problem persisting in the housing market has dragged on for a few years now. The large number of mortgage loans taken out by Australians has shadowed other areas of the economy. Thus, the Australian housing crisis is a key issue covered by competing parties in their campaign for the upcoming federal election.

DO NOT MISS: What is in store for Australian housing market in 2022?

How are Australian rental prices performing?

The latest data released by the Australian Bureau of Statistics (ABS) on consumer prices showed that the Consumer Price Index (CPI) rose 5.1% annually in the March 2022 quarter. The ABS release also demonstrated that rents across Sydney and Melbourne increased marginally in the March quarter. Across other capital cities, rental rates recorded relatively stronger rises with historically low vacancy rates.

The rise in rental rates was mainly driven by a rise in rents for houses, as compared to other buildings. Other dwellings saw lower rises in rents across Sydney, reflecting the lack of vacant houses. Compared to the previous quarter, rental rates rose the quickest in Darwin, Perth, and Canberra during the March quarter.

What are the government’s plans to boost housing affordability?

As the federal elections are awaited, both campaigning leaders have promised to address the affordability concerns plaguing the housing market. Prime Minister Scott Morrison, in his recent speech, stated that his party would allow first-homebuyers to use a portion of their superannuation towards a house deposit. However, the announcement was met with criticism by industry groups on the pretext that it would deplete retirement funds and further push up housing prices. 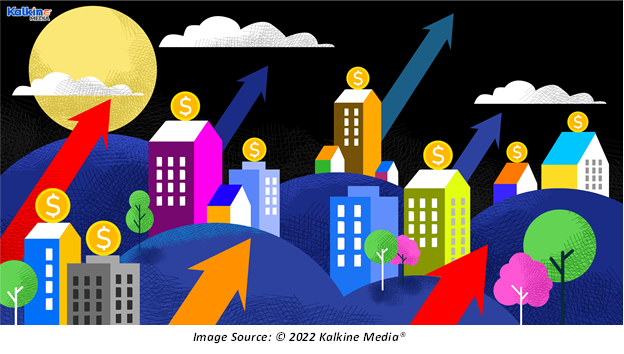 On the other hand, the property sector welcomed the move due to the many benefits offered by it. As per the Liberal party, only first homebuyers would be eligible for the Super Home Buyer Scheme, which would allow them to utilise 40% of their superannuation balance to buy a house. The amount taken out of the superannuation balance should not exceed AU$50,000, and couples can access up to AU$100,000.

While the move could ease much of the existing affordability constraints faced by Australians, it would also push up property prices at the cost of diminishing retirement funds.

What to expect in the elections?

It is no secret that an average Australian is being crushed from all sides due to the exorbitant rise in prices. The rising prices across all sectors have weakened consumer sentiment across the Australian economy, bringing a worrisome possibility for the current government’s re-election bid.

TITLE: How to Vote in Australia? Step by Step Process To Know Before Election

The opposition has also claimed that it would release a fund worth AU$10 billion, named as the Housing Australia Future Fund, under which 30,000 new homes will be built in the first five years. Labor also intends to build 20,000 social housing properties in its first five years. The Coalition has also come up with a similar social housing fund, though experts have questioned how the move would affect rental rates.

Political leaders are taking note of the rising property prices across Australia and are planning their campaigning efforts around it. The claims made by present parties may or may not get materialised once they are in power. The expert consensus states that the core issue is the lack of adequate housing supply in Australia, which might not see a solution in the short term. However, most Australians are left fending for themselves in an increasingly unaffordable environment until a concrete solution does not arrive.

RELATED READ: Why are millions of Aussies voting before election day?