With major developed nations moving towards monetary policy tightening, speculations are rife that Australia will also eventually walk on the same path. After maintaining near-zero interest rates for nearly two years, Australia’s economy has seen inflation surging to unmatched levels. At a time when inflationary pressures are gradually building up in the Australian economy amid COVID-19 recovery, experts are once again on the fence about the central bank’s longstanding policy of keeping the cash rate low.

The RBA or Reserve Bank of Australia, in its October Monetary policy meeting, reiterated its intentions of keeping the cash rate low at ten basis points till 2024. The central bank does not expect the economic conditions to become apt for an interest rate hike prior to 2024. One of these conditions includes achieving inflation within a target range of 2 to 3 per cent.

How are rate hike expectations shaping up in Australia?

However, given the current scenario, experts are finding it hard to believe that an interest rate hike would take as long as two years to execution. In fact, many experts have been voicing their concerns of an interest rate hike to be a surefire occurrence by 2022 or 2023. However, the central bank believes that it is “difficult to rationalise” these expectations.

Despite the RBA shooting down these expectations, several factors hint towards the need for an earlier-than-expected rate hike. Some of these factors comprise the red-hot property market and supply chain issues.

ALSO READ: What to expect as RBA Shuts Down Wage Growth?

Soaring prices have become a resounding phenomenon across the globe, not just in Australia. Even as demand is gradually reviving as the economies reopen, industries are facing a shortage of supply fuelled by a lack of workers, which is amplifying inflationary concerns. Additionally, energy prices are breaking records after China’s power outage made global headlines. 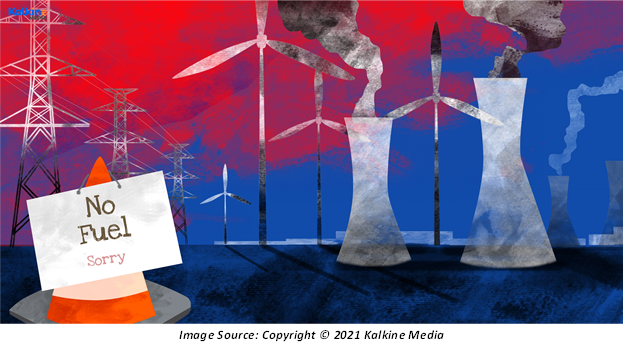 On the domestic front, the Australian housing prices seem to be on a perpetual incline, with prices exhibiting no signs of easing off. First-time home buyers have majorly contributed to this price rise, backed by the FOMO (fear of missing out) mindset among buyers amid record-low borrowings.

Is the sun setting on cheap home financing?

Policymakers are leaving no stone unturned to cool off the overheated property market. Towards this end, one of the Big Four banks – Westpac – has recently declared an interest hike on fixed home loans. This came a week after Commonwealth Bank announced a rate hike on home loans.

The Big Four banks seem to be taking an unsuspecting turn, one that stands in stark contrast to the RBA’s stance regarding interest rates. While the central bank has stood firm on its interest rate decision, it has sought support from the Australian Prudential Regulation Authority (APRA) to calm the ongoing housing price rally. In response, APRA has recently used a masterstroke while increasing the minimum interest-rate buffer that lenders need to account for when assessing home loan applications to ease the haywire property market.

Increasing the cash rate might not be on the RBA’s radar currently. However, a rate hike is an inevitable reality that would eventually hit the Australian economy. Investors and experts continue to speculate about the viability of RBA’s set timeline. Therefore, it would be interesting to see how these expectations take shape as the economy progresses further on its recovery path.

INTERESTING READ: Will this Christmas bring back the season of joy for Australia?