March 2020 saw the Bank of Canada bring its benchmark interest rates down to 0.25 per cent. The cut was unscheduled as the central bank, which meets once every six weeks to decide on benchmark rates, decided to lower the rates even before the next set meeting.

The US Federal Reserve also lowered its benchmark rates to zero in an emergency move in March last year. Both the Fed and the Bank of Canada resorted to rate cuts in the wake of the global COVID-19 outbreak.

Cuts were announced as a preemptive move to guard the economy against any shock. In the following months, as the pandemic forced businesses to close, benchmark rate cuts served as a cushion to citizens. 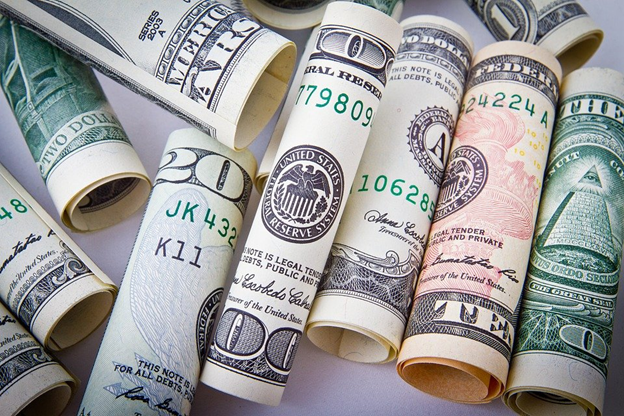 Why do central banks cut rates?

Monetary policy is an effective tool in the hands of central banks around the world. Inflation, policy rates and purchase and sale of government securities are the key areas of focus.

An economy passes through different phases at different times. When it is booming, jobs are created due to market forces, which also results in wage growth. Growing wages can put pressure on prices of goods and services.

High inflation can have its own set of disadvantages. To maintain inflation at manageable levels, central banks suck liquidity from the market.

This is done by raising benchmark rates in order to deter individuals and businesses from borrowing. Alongside, the central bank can sell government bonds in the market to absorb money.

The reverse happens when the economy is passing through a downturn. The pandemic forced cities to enter lockdowns and jobs were lost. To push the economy, the Fed and the Bank of Canada lowered benchmark rates and started purchasing government securities.

How are low rates helping?

Low rates infused liquidity into the market. One reason why the housing markets of Canada and the US are on fire is because low benchmark rates have made mortgage debt cheaper.

In July 2021, the Canadian economy saw an addition of 94,000 jobs. This has brought the unemployment rate down to 7.5 per cent. 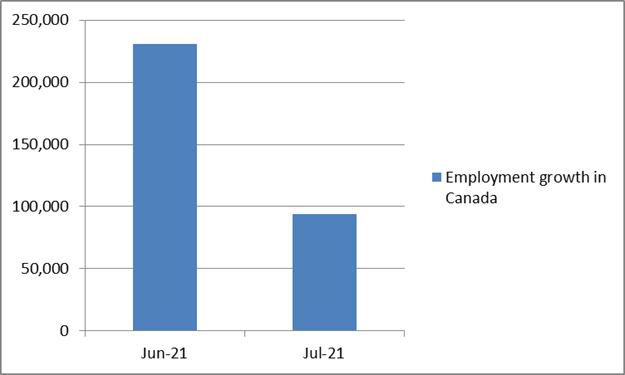 In the US, job growth in July 2021 was the steepest in almost a year. Nonfarm payrolls surged by 943,000 in the month and the jobless rate fell to 5.4 per cent in July as compared with 5.9 per cent in June.

If the US economy adds another 5.7 million jobs in the coming months, the employment level will be back to where it was in February last year. Over 4 million jobs have been created so far this year.

How have stock markets reacted?

Both in the US and Canada, the stock markets have emerged from the pandemic shock of last year.

In June 2021, the S&P/TSX composite index, Canada’s benchmark index, touched the 20,000 benchmark for the first time ever. This came in the backdrop of the Canadian economy growing by 5.6 per cent on an annualized basis in the first quarter of 2021.

In the US, strong earnings data of S&P 500 constituent companies has allowed the stock market to build on the momentum. The S&P 500 index and other major indices in the US have recorded fresh highs and regained more than the ground lost in the initial days of the pandemic.

The stock markets’ growth is also owed to new retail investors that have jumped onto the equity bandwagon in record numbers. Federal governments in both the US and Canada are supporting households with cash support to stay afloat during the pandemic. In Canada, programs like the emergency wage subsidy and rent support for small businesses have taken the pressure off Canadians.

Is inflation a worry?

In the US and Canada, inflationary pressures are taking some sheen off the economic rebound. The central banks’ loose monetary policy stance, coupled with government stimulus money, pushed price rise to record levels.

In Canada, the inflation rate was 3.1 per cent in June 2021 due to rising prices for shelter and gasoline. The data reflects a 4.4 per cent surge in shelter costs and 5.6 per cent rise in transportation as compared with the corresponding period last year.

The core consumer price index (CPI) was up 4.3 per cent in the US in July 2021 on a year-on-year basis. The price rise level was at a 13-year high on an annual basis in July. Shelter and energy prices are surging.

Inflationary pressures are acting as a trigger for a hike in benchmark rates by central banks. The actual date of a hike is yet to be made clear by the Fed and the Bank of Canada.

Most experts believe the economy still needs cushioning through monetary policy support. The delta variant has dimmed hopes of a sooner-than-expected recovery. Vaccinations, however, are a silver lining. It is likely that central banks will continue to lend support through an accommodative policy stance, at least until employment is back to pre-pandemic levels.

Low policy rates are likely to stay for the near future despite inflationary pressures both in the US and Canada.