The Australian economy has been on its recovery path since the September 2020 quarter. Notably, statistics continue to improve with time. Current statistical releases by the ABS reveal figures that were far better than expectations, making the case for Australian recovery even stronger.

The current improvement in economic growth is backed by the rise in the employed workforce. Full-time jobs have increased in the economy as opposed to the high dependency on part-time jobs seen in the first half of the year.

The employment sector has shown immense improvement, enough for the economy to take a turn for the better. The reopening of Victoria was also a major driver of the growth. Besides, the lift in restrictions helped absorb the unemployed workforce as businesses reopened and work resumed throughout Victoria. 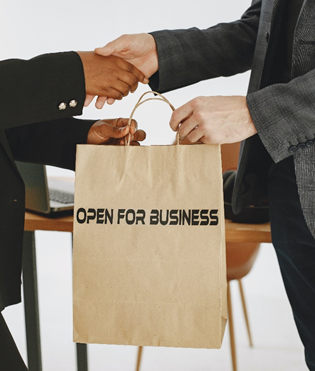 The estimates given by the ABS show that employment increased by 90,000 people or by 0.7% over one month, from October 2020 to November 2020. Hours works also saw an uptick of 2.5%. The unemployment rate in November 2020 was recorded at 6.8%, which is better than the expectations for the month and an improvement over the previous month’s rate of 7%.

Among the states, Victoria led the improvement in employment. With an increase of 2.2% in the employed workforce, Victoria fared much better than other states. This was followed by an increase in employment of 0.8% in Western Australia and Tasmania for November 2020. The gap between the estimates of Victoria and other states has been on the decline.

The weekly estimates on payroll jobs showed a decline of 2% between the week ending 14 March 2020 and the week ending 28 November 2020. The total wages paid increased by 0.7% over the same duration.

The Australian recovery started in the September 2020 quarter. GDP grew by 3.3% in the quarter, marking the highest quarterly rise since 1976. According to few economists, the key driver for growth is consumption. 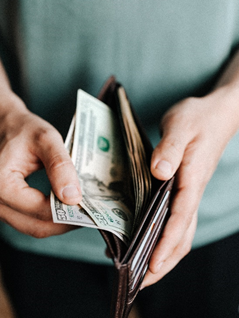 Household consumption increased by 7.9%, the largest increase in 60 years. This came after a 12.5% decrease in consumption in the June 2020 quarter. Thus, the overall effect of the September 2020 recovery dampened out.

Notably, increased consumption paved the way for economic recovery. As restrictions have been removed, and unemployment has been declining, consumption is expected to rise even further. With an increase in the workforce, more people may have disposable incomes to spend. Thus, consumption would rise further.

However, it remains unclear as to what shape would this recovery take and how equitable it would be across different parts of Australia.

With ongoing developments, the projected deficit of the Australian government is expected to shrink to $197.7 billion. The increase in the employed workforce may reduce the pressure on the government benefits of JobSeeker and JobKeeper. Despite all these changes, the JobSeeker initiative has been extended till March 2021.

The package has been made under the assumption that the COVID-19 vaccine would be available by March 2021 in Australia. A subsequent nation-wide vaccination program is expected to be fully in place by late 2021. It also assumes that there would be no restriction on inter-state transportation.

The MYEFO also states that the government is expected to take out $16 billion more than projected. This includes $6 billion on non-taxation receipts, like the $1.3 billion penalty from Westpac and higher dividends from the RBA. The expected growth in GDP should help finance the debt at later stages. However, it would be long before Australia is able to reach pre-pandemic economic stage.

Real GDP is expected to fall by 2.5% in 2020, then is expected to grow by 4.5% in 2021. The recovery in the consumption spending since September 2020 quarter will be underpinned by improvements in consumer confidence and easing of restrictions. The current fiscal aids by the government would also facilitate growth in the coming year.